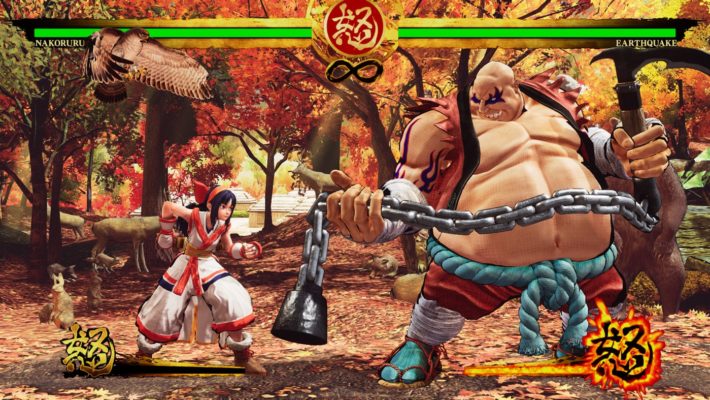 Samurai Shodown will be available on the Xbox Series X and its digital-only counterpart, the Xbox Series S. This announcement was made during the Microsoft Tokyo Game Show 2020 Showcase. However, no release date has been mentioned as of yet, so it is unknown if Samurai Shodown will be a launch title for the next generation console. It is immediately available for the Xbox One.

The Samurai Showdown Season Pass 3 is currently in development. An update in August 2020 added Gongsun Li, from Honor of Kings, to the roster as a free DLC character. Another crossover character includes the Warden from Ubisoft’s For Honor. Updates regarding the Season Pass 3 were not included in the announcement. Since its release, Samurai Showdown has added more than a handful of characters through the Season Pass. These characters include Shizumaru Hisame, Rimururu, Basara, Kazuki Kazama, and Wan-Fu.

Samurai Shodown is immediately available on the Nintendo Switch, PlayStation 4, Xbox One, PC, and Google Stadia. The Samurai Shodown Xbox Series X version is in development.