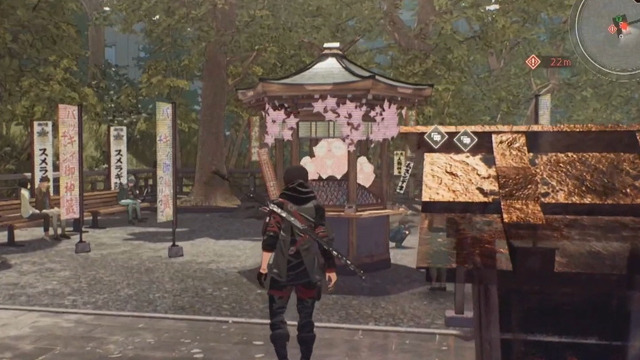 Bandai Namco revealed new gameplay footage for Scarlet Nexus during a recent broadcast held through the Japanese streaming service, NicoNico. This new look at gameplay focused on exploration through the various environments found in the game and once again demonstrated how combat will function in the upcoming action title. [Thanks, Famitsu!]

The broadcast begins at the 1:00 mark. However, viewers can see a glimpse of the environments in Scarlet Nexus around 10:00. Players can freely roam the city, which samples from modern Japanese architecture. There are various buildings that players can see while walking down the street, with the footage eventually showing off a few more traditional looking buildings.

New gameplay footage for Yuito and Kasane was also shown during the broadcast. This includes a look at how combat will function for the characters individually. The broadcast also previewed some of the more stylish battle effects that will appear on screen when initiating certain attacks. The start of this footage begins around 20:00. In April 2021, Bandai Namco released short gameplay footage of how players can tackle one of the many enemies found in Scarlet Nexus, the Barista Santa.

Scarlet Nexus releases for the PlayStation 4, PlayStation 5, Xbox One, Xbox Series X, and PC on June 25, 2021. An anime adaptation is currently in development.