One of them shows Tatsuya starring at an opponent, perhaps from the Dragon Heat arena. This underground fight club plays a key role in Black Panther: New Yakuza Chapter. Tatsuya is a contender in the tournament and meet some bosses in the ring. 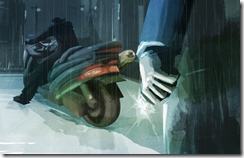