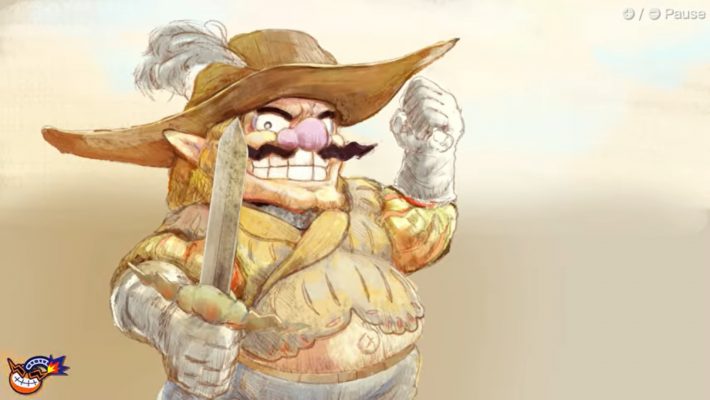 When WarioWare: Get It Together comes out, it will add a new feature to the series—playable characters. While the E3 2021 Nintendo Treehouse Live segment for it was brief, it did show some of the playable characters people can use and how they work. In particular, seven cast members showed up as they went through some of Wario, Mona, and 9-Volt’s microgames.

It confirmed Wario, Cricket, 18-Volt, Mona, Dribble & Spitz, Dr. Crygor, and 9-Volt will be among the playable characters. An additional six characters appeared as mystery characters. While Dribble & Spitz appear in one slot, if two people are playing then one person can be Dribble and the other Spitz. In the Nintendo Direct announcement, Ashley was confirmed as a character too.

Here’s how it works. Whether you are playing WarioWare: Get It Together alone or with a friend, you each choose three playable characters. Each one has its own special ability. For example, Wario has a dash attack. Before each microgame, you’ll randomly switch to a different character. So you don’t know which person you’ll be using. If a second person joins locally or wirelessly, the same goes for them.

Here’s a look at the footage.

And here’s a better look at the WarioWare: Get It Together character screen from the session that showed some playable characters. 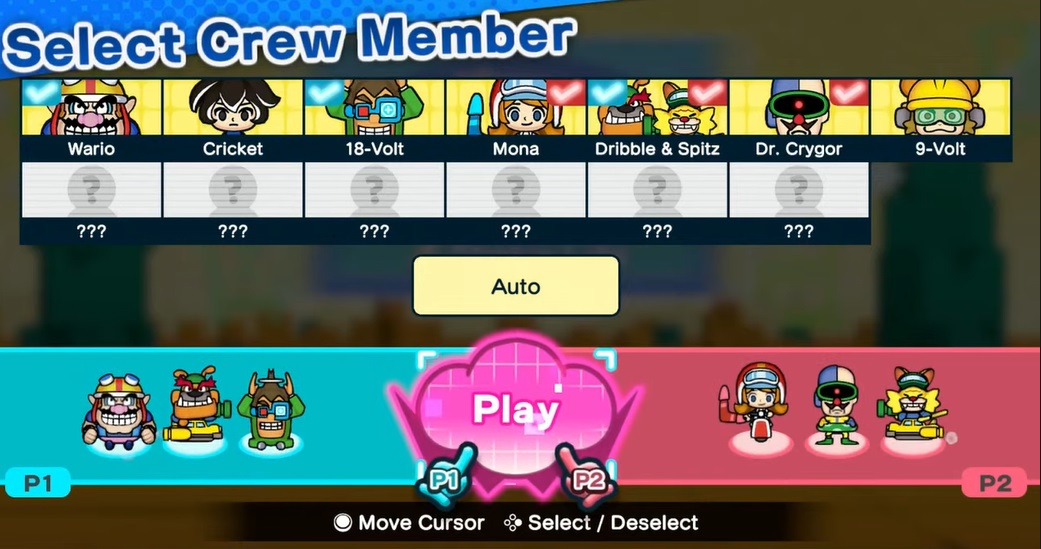 WarioWare: Get It Together will appear on the Nintendo Switch on September 10, 2021.