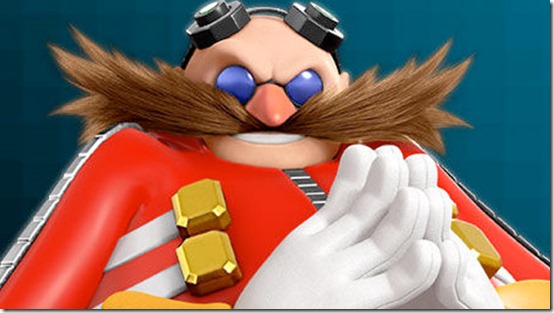 Most fans of Sonic the Hedgehog know that Sonic’s archenemy was first known as Dr. Robotnik before eventually becoming referred to as Eggman. But what prompted this switch? Game Informer recently found out the answer to this when they asked Sonic Team head Takashi Iizuka.

“When the game was originally developed in Japan, they called the character Eggman. That was the name of the character, but when the game got localized and ported into the Sonic the Hedgehog that we know in the West, they decided to, without confirming with the development team, change his name to Ivo Robotnik or just Robotnik. That’s kind of when everyone first learned about the character. Of course, this was without consulting the people who made the game. They just kind of went off and did it. It became super popular and everyone in the West kind of learned about the character as Robotnik. That went on through the “classic” series in the Genesis/Mega Drive era, but as far as the developers are concerned – the ones who made the character and the leaders of what this character is doing next – we really didn’t want to have anyone in the universe with two names. To us, he’s Eggman, but in the rest of the world he’s called Robotnik. We wanted to unify that into one name moving forward. This is something I actually did in the Sonic Adventure series. I made it so that we understand the character’s name is Robotnik, but his nickname is Eggman, and as far as everyone is concerned in the world now, we’re just going to call him Eggman as his official name.”

And if you’re curious about Sonic’s recent scarves:

It’s more of like, from our side, when they were making the Sonic Boom series, they wanted to make something that would appeal to kids but also everyone else as well. We wanted to differentiate the Sonic that was on the TV show that was maybe making more jokes and doing things different in the TV show than he did in the video game. One way of making that visual different apparent to people was to either put sports tape on their bodies or scarves – some design changes that they made to the characters to make sure that Sonic Boom Sonic would be different from the Sonic the Hedgehog video game Sonic. It’s more of just making sure that the interesting things going on in the show all belong to this type of Sonic that’s different from the video game Sonic, but is still Sonic the Hedgehog.

Do any of the characters question Sonic’s new style choice?

[Laughs] No, I think they just kind of accept it and appreciate that he’s wearing it.