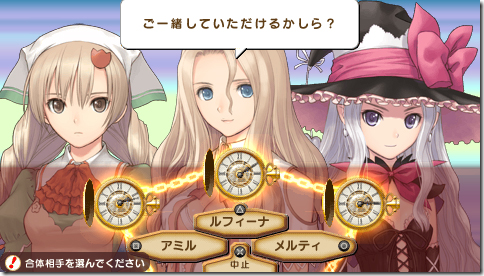 Similar to the Sakura Wars series, Shining Hearts has players pick conversation choices quickly using the Mind Over Emotion. A clock forces players to go with their gut instead of over-analyzing what to say. Characters will give Rick hearts after a conversation is over. The amount and color of hearts changes depending on his responses.

Sega announced Shining Hearts will be ready on December 2. Reserve the PSP game and you’ll get a Pirate Treasure Fan Disk as a bonus. Items on the CD include: a high resolution version of the opening movie, songs from the game, PC and PSP wallpaper, Shining Hearts character guide, and a design booklet.