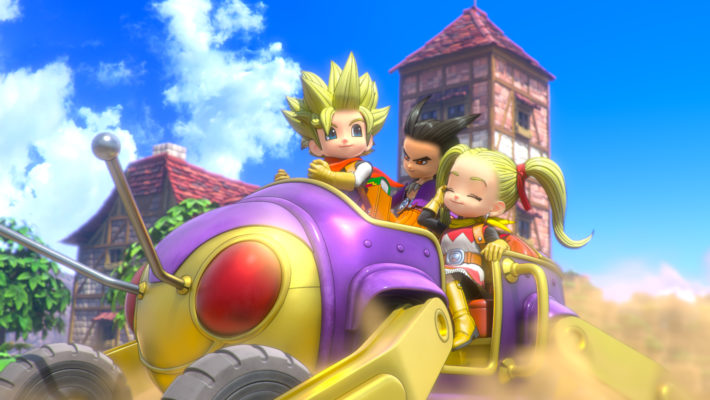 Our new adventures of Siliconera Speaks Up continues. While last time, we focused on Pokemon Sword and Shield, this time we’re honoring our favorite games of 2019. Unlike 2018, where we each had a list of titles we liked, we’re each focusing on only one game that we felt was super special this year.

See our suggestions of games to possibly play, then share your own favorite games of 2019 too! 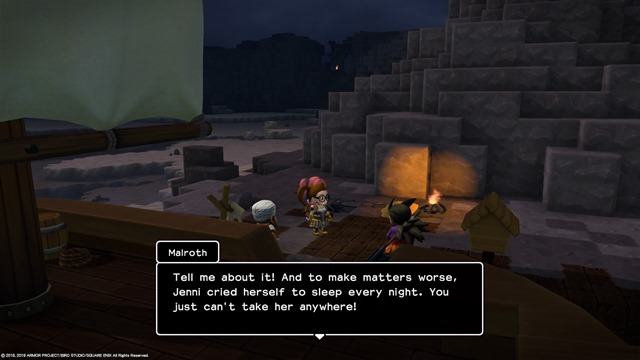 I adored Dragon Quest Builders 2. The first game was fine. I had fun with it. The sequel was so much better. I loved having Malroth around all the time. It was a great game to play with other people. It also did a great job of making each island and its people feel important, while also making me want to build things on the Isle of Awakening.

There is so much game here. Especially since an epilogue was added. Plus, its huge Jumbo Demo makes it possible for everyone on every platform to try a fifth of the experience for free. – Jenni 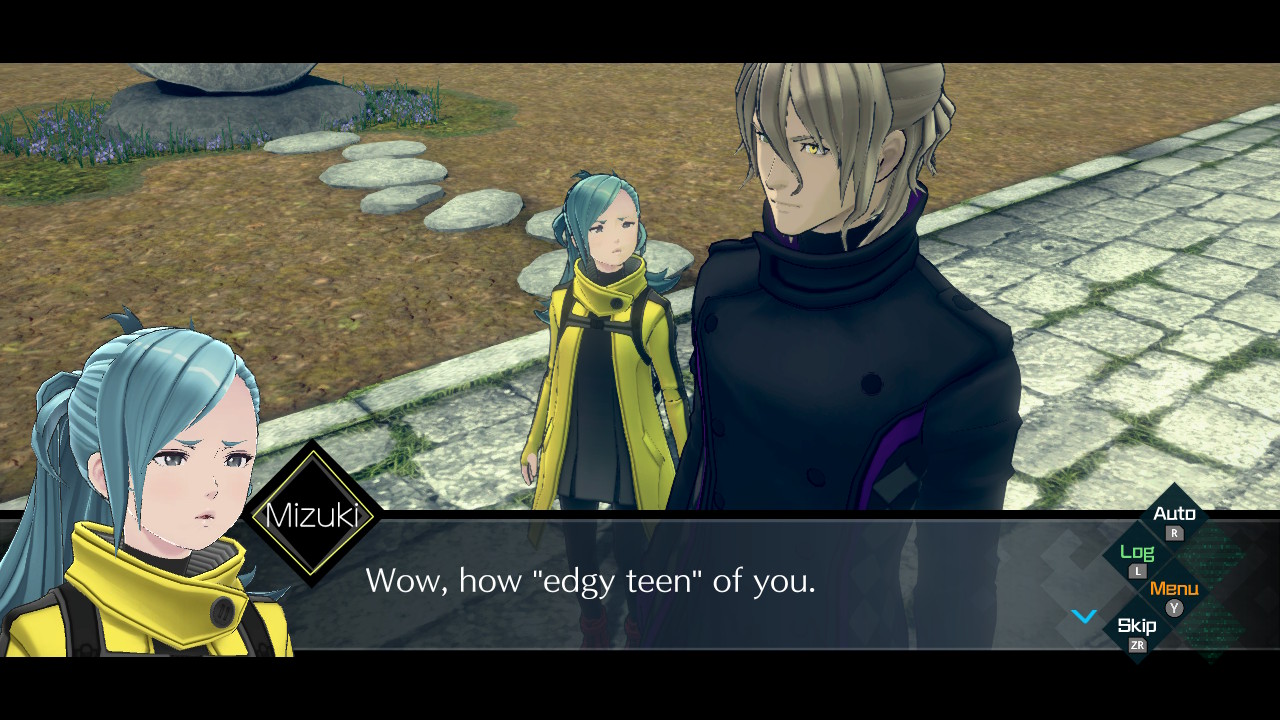 AI: The Somnium Files was a game I had on my radar all year long since I was a major Uchikoshi fan to begin with and his hotly anticipated new release did not disappoint. It was uniquely an Uchikoshi experience right down to its core and delivered on everything I wanted out of it. Great characters, fantastic and hilarious dialogue, and some of the albeit expected, but still executed super well, story beats that writer/director Kotaro Uchikoshi is famous for.

My time as Kaname Date, a special agent with the elite police force known as ABIS, was great. I went on dates with high school girls, argued with 12 year olds, shook down otakus, leered at waitresses, stole women’s underwear, and even got to do a little bit of actual police work on the side! I kid of course, but Uchikoshi’s usual sense of comedy is clearly on display all throughout the story. I honestly think it’s best described as Uchikoshi combining the serious elements from his previous works like 999 with the more light hearted characters of his later works like Punch-Line. In my opinion the puzzle elements, while not as nearly strong as the Zero Escape trilogy, feel much improved from Punch-Line as well, and the framing device of diving into people’s dreams in order to solve said puzzles gives AI a unique atmosphere all its own.

AI is easily the best looking and sounding game from Uchikoshi in a very long time and the entire experience felt great playing. This is what giving Uchikoshi an actual budget must feel like. It brings the usual expected level of writing quality that most of his previous games have as well as an absolutely gut busting hilarious English audio option. AI is probably one of the best English dubs I heard in a long time–which is really impressive considering almost every line in this 30 hour game is voiced. – Thomas 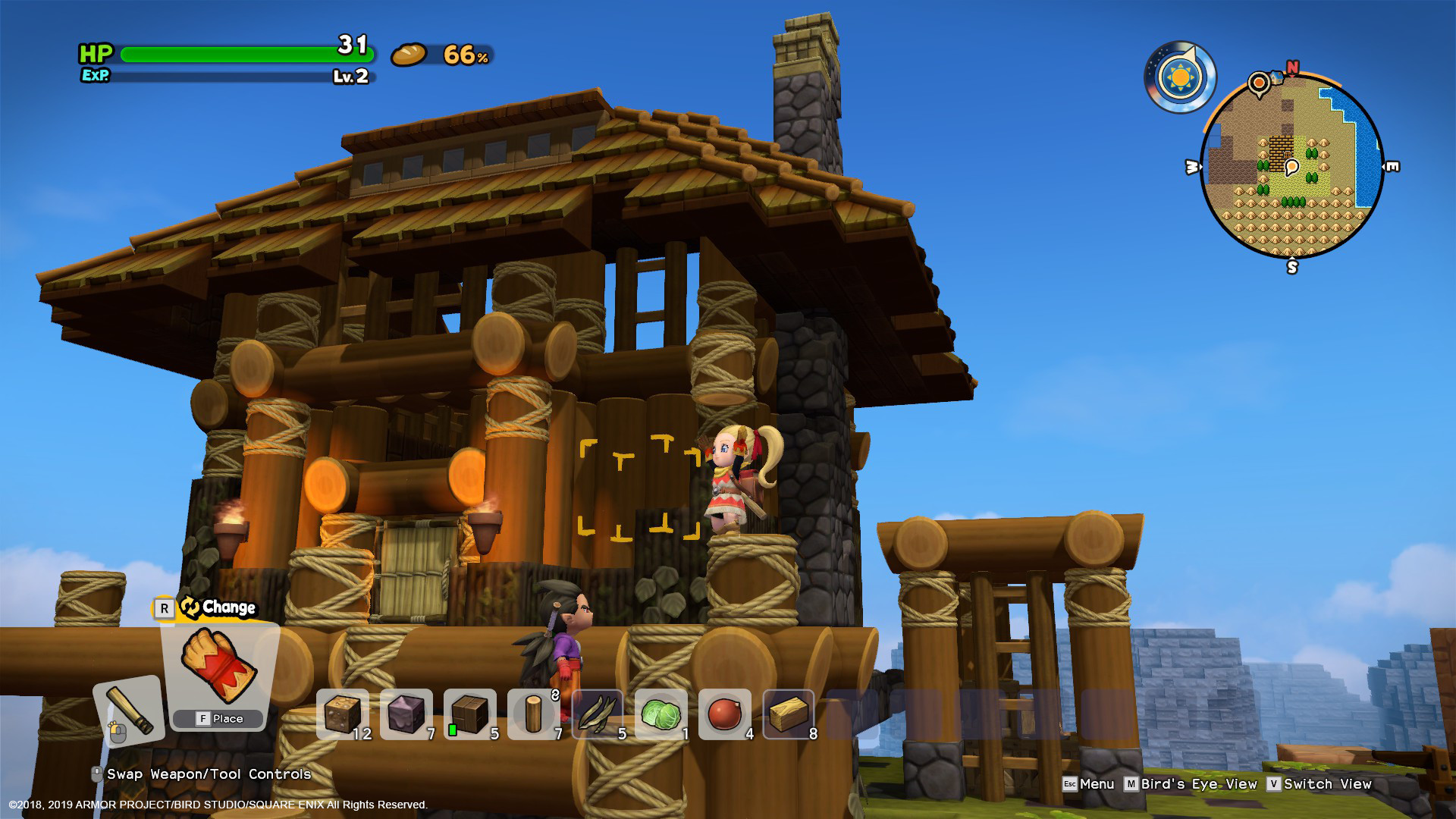 Most of all, I appreciate that with both Dragon Quest Builders 1 and 2, the devs wanted to try an alternate ending to the core titles, give a new story and life to their classics, and weren’t afraid to play with their universe. They also had a clear direction and saw it through, and I think that’s lacking at times in side games and spin-off titles, especially of big franchises and their studios. I still haven’t finished it, and I doubt I’ll beat the story by the end of the year, but it’s a game that I’ll be glad to return to over time and see through to the end, and to the post-game building especially.

Happy gaming to everyone, I’m looking forward to what 2020 brings us in gaming! – Puchinri 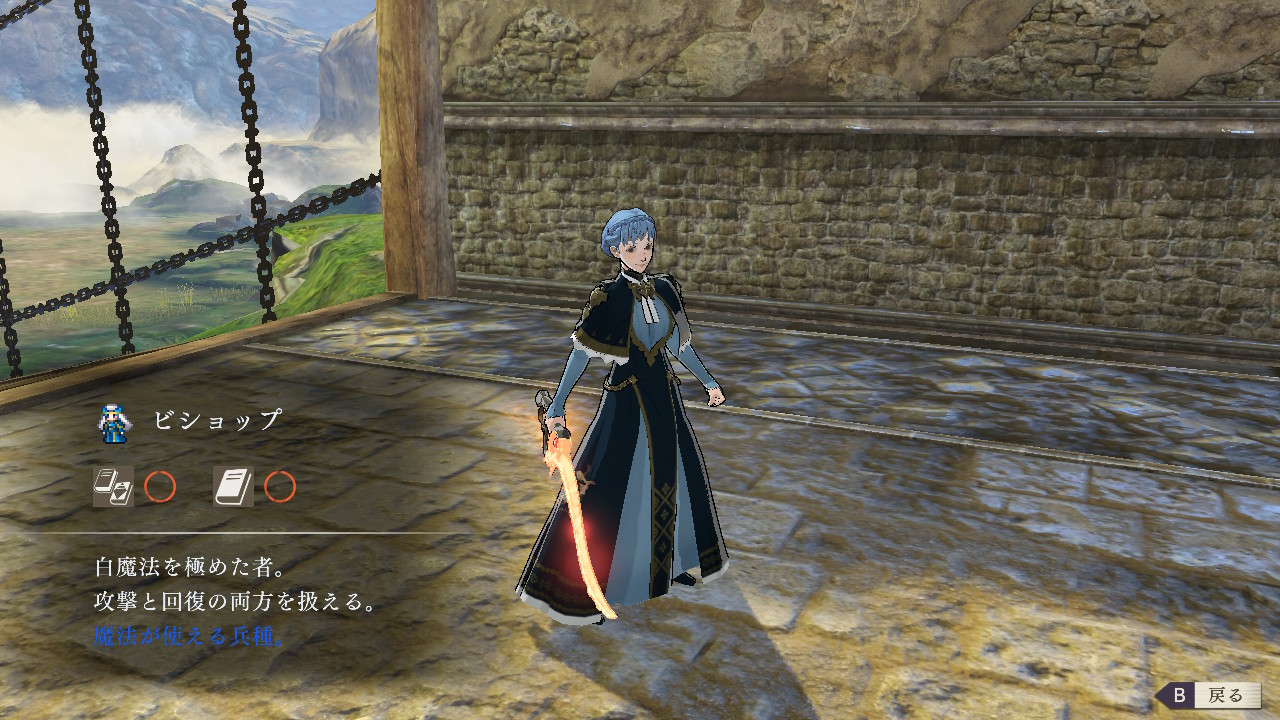 My game of the year unequivocally goes to Fire Emblem: Three Houses, the latest game in the series. And what a game it is. The character raising and story premise are even more in-depth and enjoyable than before, even though this comes at slightly weaker strategic gameplay. But I love how weapon types and classes are mostly removed, so that I can equip Marianne with her sick-looking Blutgang. You can tell Intelligent Systems wanted to experiment and bring the series to the next level, and I’m glad that it paid off. Looks like my Heroes gacha money was put to good use after all.

I’ve still only played the Golden Deer route, as I tend to leave some time between playthroughs so I don’t get burnt out. This goes doubly for meaty games like Three Houses. In 2020, I’ll be tackling the Crimson Flower route next, following the order of the Japanese title: Wind-Flower-Snow-Moon. – Alistair

We had a bunch of awesome games this year so it was a bit of a tough one, but if I had to pick just one it would be Sekiro: Shadows Die Twice. I remember thinking the Great Serpent boss fight was really awesome and nothing else has topped that for me this year. There’s actually a way to kill it in one shot and I can’t help but hold my breath every time I do it.

What I really enjoyed about the game was its use of vertical space and the way the Grappling Hook mechanic made me feel like a badass. The overall pace was right up my alley and I hope we get to see more like that from FromSoftware in the near future. – Sato 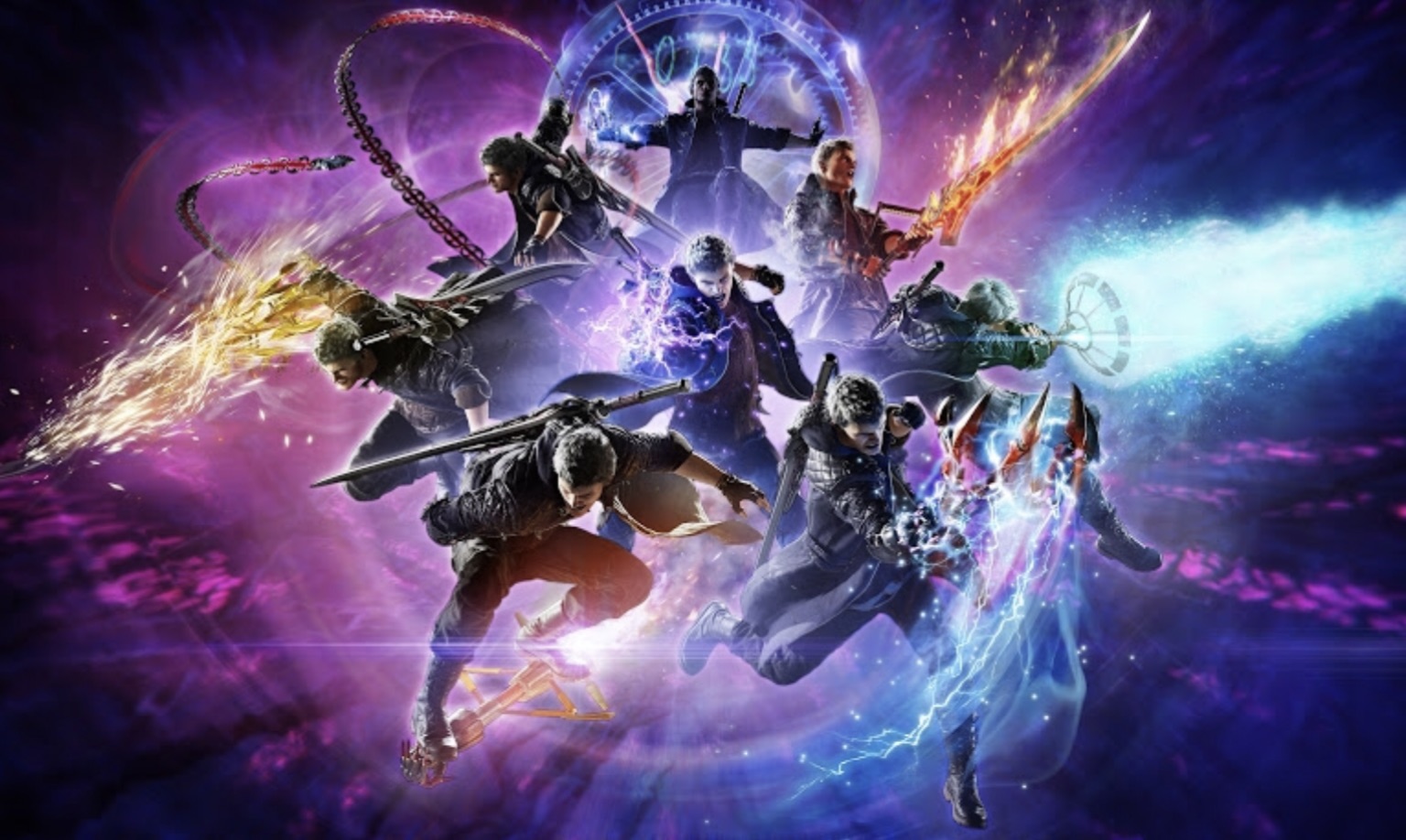 With Astral Chain being another one that I enjoyed, I haven’t been starved for action games with really good combat. Especially as Astral Chain’s Legions answered the call for spectral assistants (basically Stands) better than my choice for this year. However, Devil May Cry 5 breaks away with its use of legacy since 2001 to present, which extends from returning and redesigned concepts from Dante and Nero’s dizzying assortment of optional armaments & stylish air tricks to a narrative which explores characters from the 2007 anime while still having the cast old and new connect with each other more than ever.

The release was by no means flawless, as PC mods are required to get around the curious limitations around multiplayer, unplayable characters/weapons in areas, reversals oddly being exclusive to a demo and the lack of inertia (sans a certain poet) which coincides with missing motivation. That said, I still feel it is an accessible and unmissable experience if you want to make foes your fireworks and dance on the demise of devils whether you intend to take the time to explore the extended training options or not. I highly recommend trying the Devil May Cry 5 demo on console or trying older games (not Devil May Cry 2) to get to grips with the series for cheap if you are interested.

Our readers may know that this year marks not only a transition into the twenty-twenties (much more appealing to say than “twenty-tens”) but also the close of the Heisei era as of last April. With Devil May Cry 5 being developed with the goal of being the peak of that era’s action games, it begs the question of whether it achieved against numerous PlatinumGames titles (almost all released between Devil May Cry 4 and 5), even other Devil May Cry kin from 2005 and 2008 (plus Special Editions) and more games since 1989… For now, I simply hope this game makes a real impact on external parties and that Capcom will double down and continue their recent hot streak into Reiwa and beyond:

Let us know which games you loved in 2019 in the comments too!