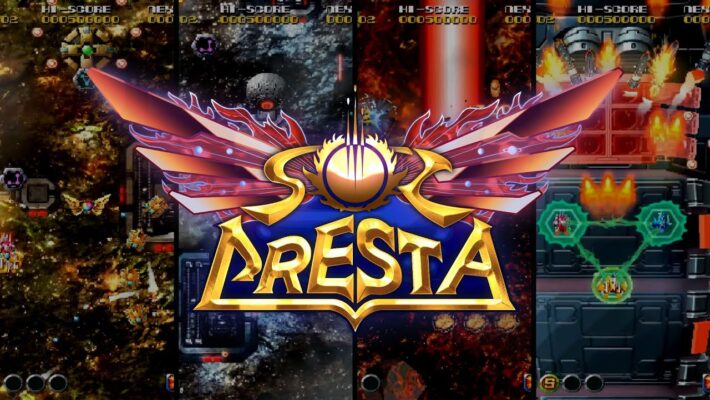 Platinum Games has announced that the official release date of its top-down shooter Sol Cresta will fall on December 9, 2021. It also revealed the Sol Cresta Dramatic DLC, which will include additional voices and scenarios. The game will be download-only and cost ¥3,980 (about $36). [Thanks, Famitsu!]

The release date was announced towards the end of a Bitsummit 2021 panel, featuring Platinum Games founder Hideki Kamiya. As the name suggests, Sol Cresta‘s Dramatic Mode will include fully voiced playable scenarios with characters and a storyline. The game will also have an Easy and Very Easy difficulty setting, so longtime fans and newcomers can enjoy it.

Furthermore, Kamiya mentioned that the idea for a Cresta sequel was not something that came from Hamster Corporation, the owners of the Cresta series IP. Rather, Kamiya and Platinum Games producer Atsushi Inaba had discussed the idea of a possible Cresta sequel back in 2018. After developing a concept for the game, the team presented it to Hamster Corporation CEO Satoshi Hamada. Kamiya also recalls that he was “incredibly nervous” leading up to the presentation.

I already had a personal relationship with Hamster Corporation’s CEO, Hamada-san. However, up until that point there was no buisness, and I had only come to Hamster Corporation as a fan … This time it was going to be about buisness, and I was incredibly nervous. Especially considering we had used the Cresta name without approval, I was afraid that I would be asked ‘what I was doing’ and damage my relationship with Hamada-san.