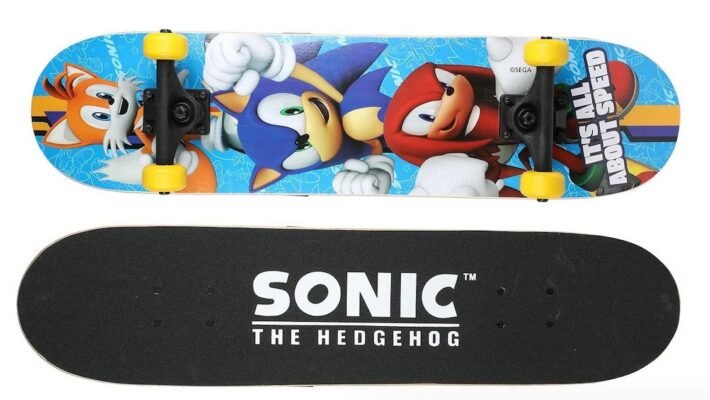 Sega and Sakar announced more of the Sonic the Hedgehog 30th anniversary merchandise. This time, it centers around gaming accessories and outdoor activities. Sakar is working on an array of items. Among the most notable are a Sonic the Hedgehog skateboard and matching helmet. However, it is also working on a themed keyboard, mouse, and headset, in addition to some other items.

While the exact list of items in the collection isn’t available yet, some did come up. Sakar confirmed that a Sonic the Hedgehog skateboard, as well as a hoverboard and scooters, will all appear in stores. It only offered early images of the skateboard, which features Sonic, Tails, and Knuckles, and helmet to start. The early announcement image also showed off the keyboard, mouse, and headset. However, it didn’t show additional peripherals like planned clocks and speakers. 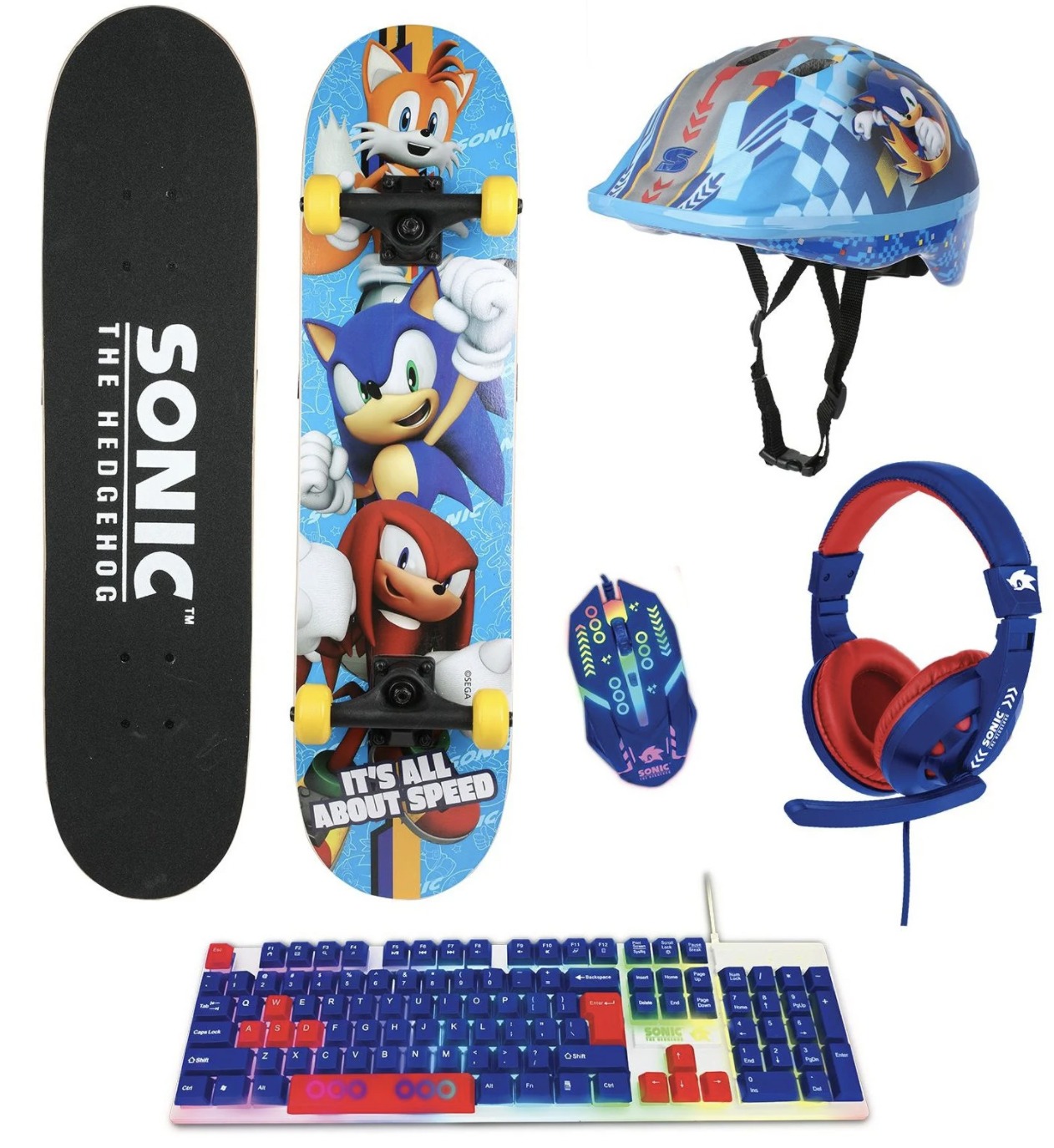 This is one of many Sega merchandise efforts to capitalize on the Sonic the Hedgehog 30th anniversary. For example, it released Sonic Colors Ultimate on multiple platforms. It’s making Sonic into a Vtuber. There are King Ice character necklaces. There’s also a Sonic the Hedgehog: 30th Anniversary Special comic book.

The Sonic the Hedgehog skateboard and other merchandise from Sakar will appear sometime in Fall 2021.