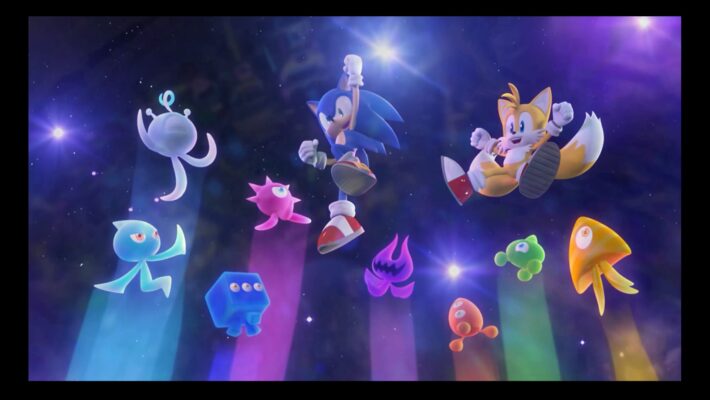 It’s always great to see a remaster of a game that might actually deserve a return. Sonic Colors is one of the better recent adventures in the Sonic the Hedgehog series, but initially only appeared on the Wii (and DS). Now the console version’s appearing in more places in a fresher, shinier version called Sonic Colors Ultimate. And, well, if someone likes Sonic’s games, it is still worth people’s time.

Sonic and Tails discovered Doctor Eggman’s Amazing Interstellar Amusement Park is now open and make the (totally correct) assumption that something is shady about it. It turns out the whole place involved stealing the Wisps’ planets and then capturing the aliens to abuse their power. Fortunately, Sonic’s hunch means he’s now in the perfect position to help the Wisps and foil Doctor Eggman’s plan. 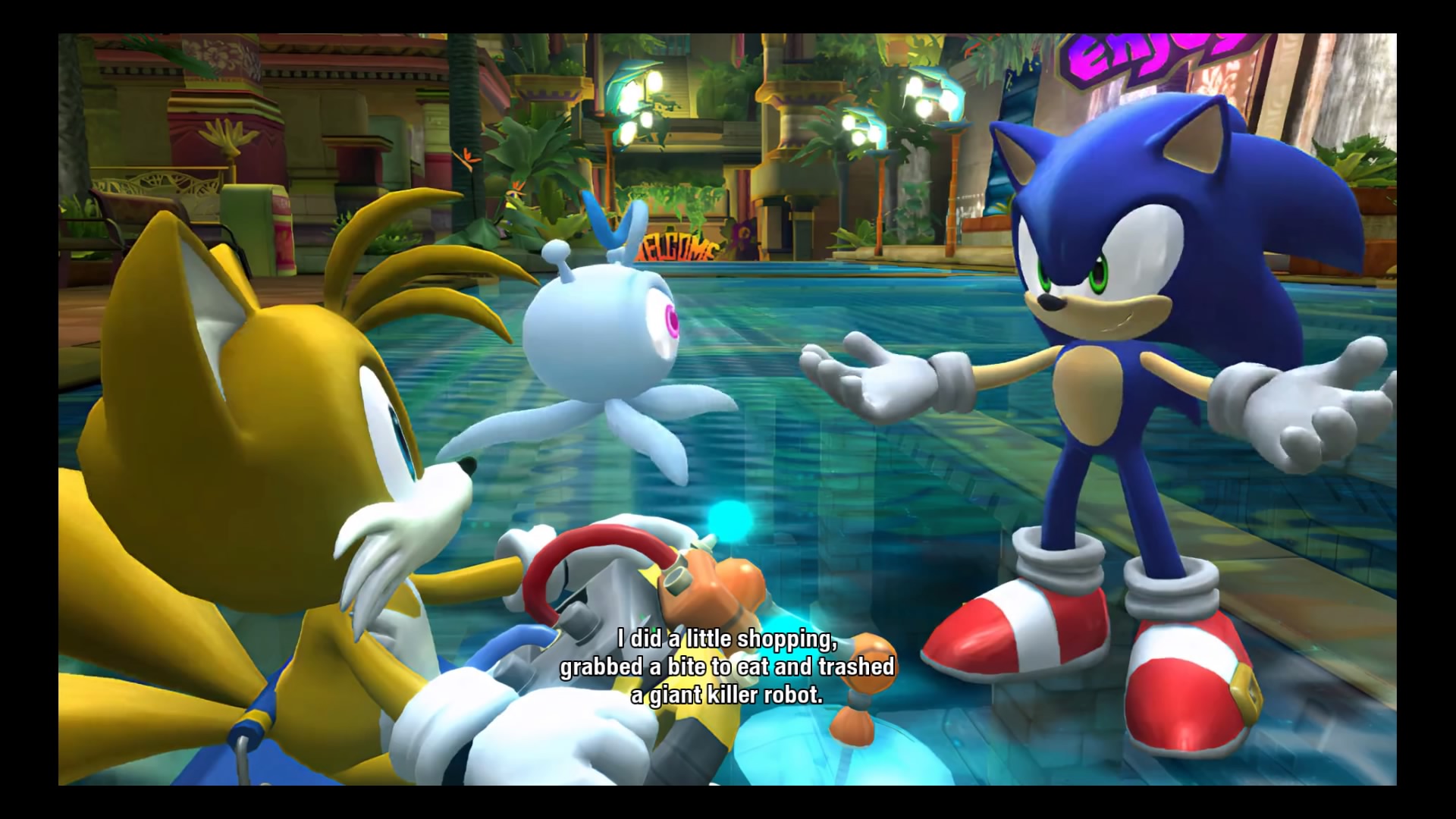 This means Sonic goes racing through the different areas of Doctor Eggman’s part. Which provides an excuse for varied areas and different Wisp abilities. For the most part, this remains a platformer where speed rules. Levels alternate between over-the-shoulder perspectives where you dash to get past enemies and obstacles, perhaps using a boost, chained jump attacks, or a twitch-dodging mechanic to ensure you’re in the right “lane.” Though at times, there will be more of an emphasis on finesse and accuracy as you deal with platforms or precarious areas from a 2D perspective where you watch from the side. These segments transition well between each other in the same stages. Also, as you might imagine, each park location ends with a “showdown” against one of Doctor Eggman’s major minions or a mech powered by the man himself.

But really, much of what held true about Sonic Colors remains so with Sonic Colors Ultimate. Even with Tails around to offer an assist, it may be a bit challenging for newcomers or kids. (I found the difficulty on levels rather balanced, but I am quite familiar with the series.) The bosses remain largely the same and aren’t as innovative as, say, the foes we faced in Sonic Mania. It is at its best when focusing on its brightly colored visuals and environmental designs. Not to mention the use of the Wisps remains effective and again provides plenty of motivation to return to past stages to see what new powers allow you to do there. 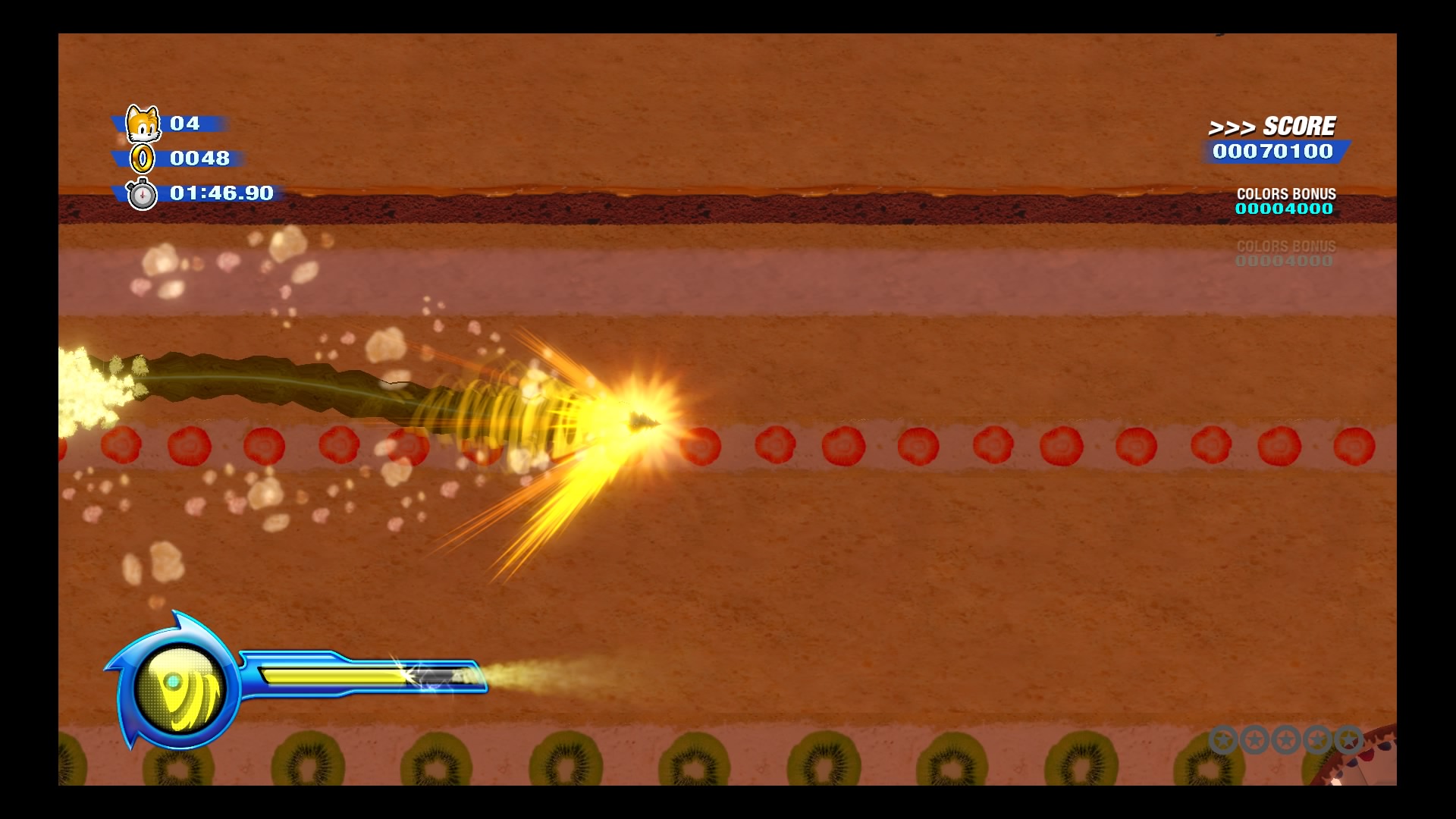 And the new Jade Ghost Wisp variety fits in well with what’s already there. This is the power up that lets Sonic pass through parts of the environment. Which, yes, some of the other Wisps did. The Yellow Drill would allow you to burrow through the ground in areas to also reach new places. But this another variant that helps. And, since we have seen it in a past spin-off, it helps retroactively validate its existence.

The Metal Sonic Rival Rush is also appreciated. For people who are familiar with Sonic and his ways in this entry, it’s a good test of your skills. It is, as you’d expect, certainly speedy. I’d recommend approaching it after you’ve gone through the game at least once, messed around with the controls so they’re to your liking, and know how to properly handle each of the Wisp powers. (There are a few instances where getting the positioning for Cyan Laser can take a bit of time to get right.) 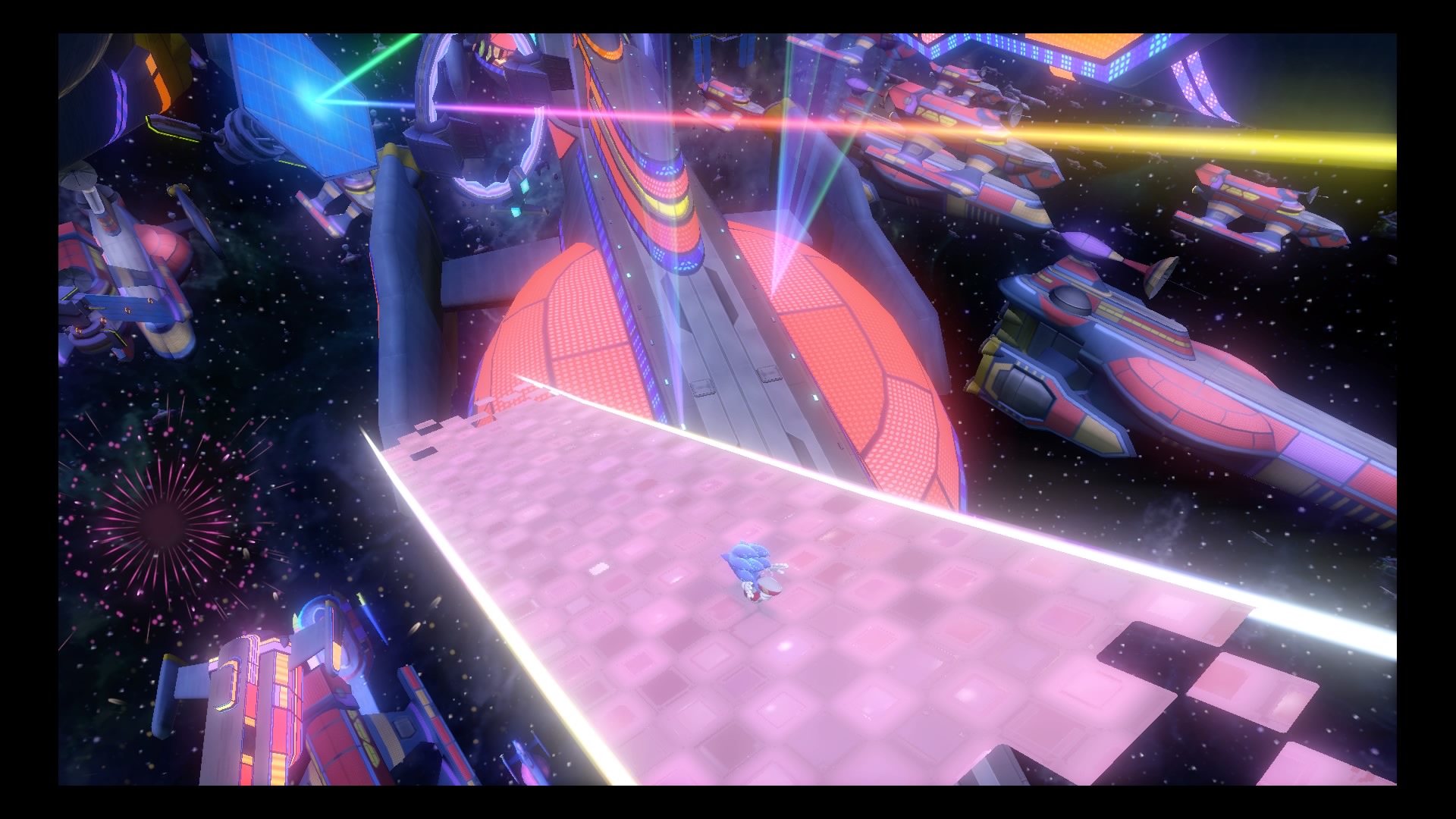 Overall, Sonic Colors Ultimate is a game where the appeal comes from having Sonic Colors on more platforms and looking crisper than before. Which it definitely does. I’d say the improved frame rate makes an even bigger difference than the 4K support, though that intensity is great with the lavish environments. Though at times during event scenes, Sonic and Tails almost seemed too artificially shiny and smooth. Which isn’t bad, but it comes across as a bit uncanny. And the soundtrack, one of its best parts back when it launched in 2010, remains appropriately energetic and enjoyable.

In short, Sonic Colors Ultimate remains one of the better Sonic the Hedgehog games to appear over the last 11 years. This time around, it’s available to more people, looks more speedy and striking, and feels like it accommodates people a bit more with customizable controls and a quick Tails assist. Rival Rush feels like yet another way to keep you coming back, just as the increasing number of Wisps do, and tests you to see how well you know your stuff. It is as enjoyable as ever, and now more people get to play it.

Sonic Colors Ultimate will appear on the Nintendo Switch, PlayStation 4, Xbox One, and PC via Epic Games Store on September 7, 2021.

Join Sonic in the high-speed adventure of a lifetime! The evil Dr. Eggman has built a gigantic interstellar amusement park bursting with incredible rides and colorful attractions – but he’s powering it with a captured alien race called “Wisps.” Use Sonic’s lightning speed to free the Wisps and learn the secrets of their amazing powers as you explore six unique colorful worlds, each filled with dangerous enemies and hurdles to overcome. Now with stunning upscaled visuals, additional features, a new game mode, and enhanced gameplay- it's the Ultimate Sonic Colors experience. Sonic will be tested on this exciting journey to free the Wisps - but with their help, and yours, it's a test he'll pass with flying Colors! PS4 version reviewed.
8