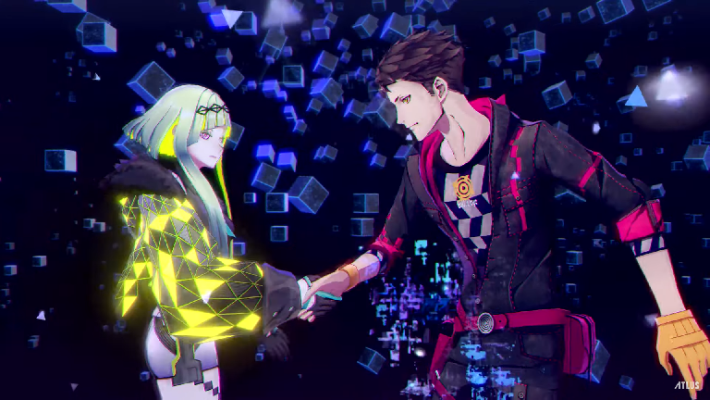 Atlus has uploaded a new trailer for Soul Hackers 2 in commemoration of the game’s August 26, 2022 release date. The trailer, which is called ‘Beating Heart,’ is just over a minute long and shows both gameplay and cutscenes. Most of the trailer focuses on combat sequences and out of context clips.

You can watch the Soul Hackers 2 Beating Heart trailer here:

Beating Heart does touch a little bit on the main plot of the game. The sentient AI system Aion sends Ringo and Figue to the human world in order to stop the apocalypse, and Ringo uses her Soul Hack ability to revive party members Arrow, Milady, and Saizo. During the process, Figue obtains something called the Covenant, which is what the main antagonist is after. Once he collects all of the Covenants, he plans on ending the world.

The trailer also gives a quick look at some aspects of the battle system. You can see Ringo use a Sabbath, which is essentially an All-Out Attack that you can power up with Stacks. You gain a Stack every time you hit an enemy with the element they’re weak to. Throughout the trailer, you see the human characters fighting, which is another difference between Soul Hackers 2 and most other Devil Summoner games. Rather than collecting demons that act as party members, demons are like Persona you can equip to your four human characters.

Soul Hackers 2 is readily available on PS4, PS5, Xbox Series X, Xbox One, and Windows PC. You can read our review of Soul Hackers 2 here. Here are some beginner tips as well for those starting their soul-hacking journey.