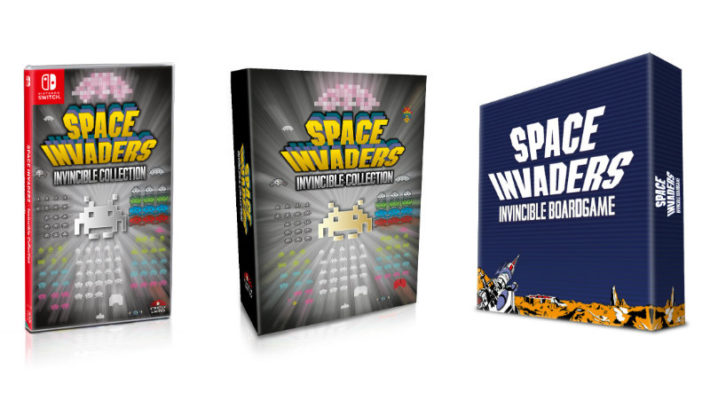 People eying up Japan’s Space Invaders Invincible Collection won’t have to import. A localization has been confirmed. Release dates haven’t been announced yet, but the compilation will be appearing outside of Japan and preorders will begin on June 28, 2020. Three different physical editions will be available, with the most extravagant one including a board game.

As a reminder, here are the 10 Space Invaders games people will get on the western release’s cartridge. Arkanoid vs. Space Invaders was only available as a download in Japan.

The three physical copies give people one standard edition and two collector’s editions. The basic version, which is still going to be billed as a limited edition, will cost €59.99 and give people a physical copy. The €99.99 Collector’s Edition adds an arcade book, four acrylic art cards, arcade PCB box, six flyers, four instruction cards, a pin, a soundtrack, and a sheet of stickers. The Ultra Edition is €149.99, takes everything from the Collector’s Edition, and then adds a board game.

Space Invaders Invincible Collection is available on the Nintendo Switch in Japan and will be released in other regions. The European preorders will begin on June 28, 2020.