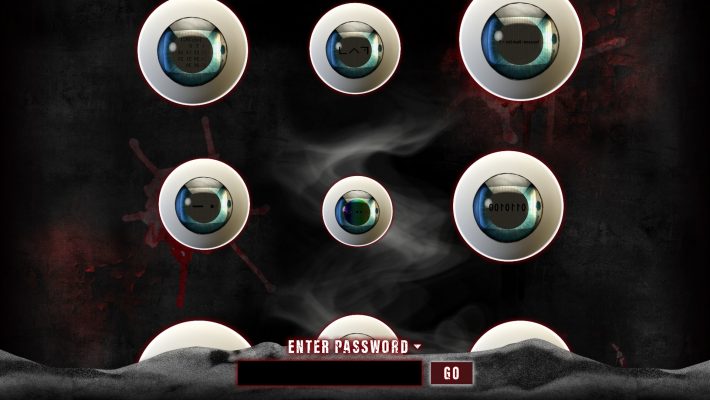 A new Spike Chunsoft game is being teased with a website and a hashtag. People can now visit a site filled with nine TV screens that look like eyes. There are nine of them total. Once there, there is a prompt to enter a password. There is also the hashtag #NineEyesTV associated with it.

There is an element of interactivity to this site. Each Nine Eyes TV screen can be clicked. When you do, you get to see a clue. If people solve these challenges, they can get a hint at a part of the password to proceed to the next “phase” of the site and potentially reveal the new Spike Chunsoft game.

This isn’t the first time Spike Chunsoft used such marketing elements to promote a new game. It did something similar with AI: The Somnium Files. Leading up to the game’s official reveal, a campaign starring the virtual idol A-set appeared. Project: Psync and the A-set videos later ended up being revealed as the game. Also as a reminder, AI: The Somnium Files included an eye-theme, as Kaname Date has the AI Aiba inside of his artificial eye.

Spike Chunsoft is working on a new game, which is associated with the hashtag and theme Nine Eyes TV.