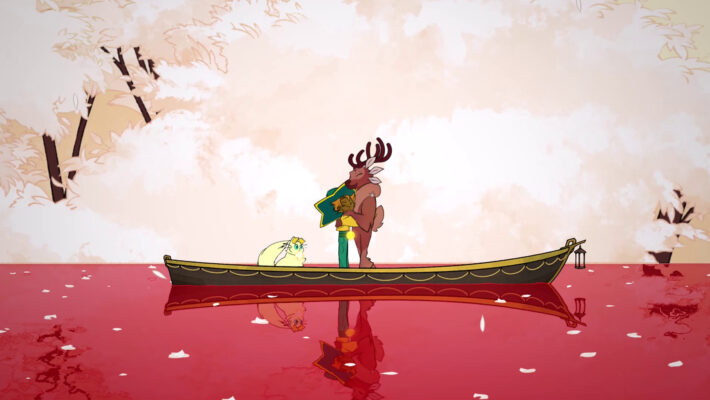 There’s a new documentary out for Thunder Lotus’ Spiritfarer, and it once again elaborates on how Studio Ghibli’s Spirited Away influenced the game. Both involve an array of spirits being tended to by someone. Members of the development team explained how a movie about a girl working in a bathhouse for spirits helped them create Stella’s adventures about gathering the souls of the dead, caring and helping them with quests, and then helping them move on.

Spiritfarer was very inspired by Spirited Away and the idea of that hotel for spirits. We very quickly started brainstorming ideas around that specifically, about whether having a hotel simulator was anything interesting.

2D Artist Marie-Christine Levesque then elaborated on how the Studio Ghibli movie influenced some of the game’s concepts and elements.

Like the whole bathhouse, with all of its disorganized just living together. And having someone who runs around in this and trying to figure things out and do chores and take care of people. That was something that really sort of set our minds aflame.

As a reminder, in Spiritfarer players follow Stella, the successor of Charon. Your role is to gather the souls of the dead, help them with final quests, and then take them to the Everdoor so they can move on. Along the way, you’ll upgrade your boat to offer more crafting and material elements, like a farm. Additional updates added quality of life features, like the ability to sail at night, and new spirits.

Here is the full “The Making of Spiritfarer” Escapist documentary.

Spiritfarer is available for the Nintendo Switch, PlayStation 4, Xbox One, PC, and Google Stadia. Studio Ghibli’s Spirited Away is available worldwide and can be streamed on HBO Max.

Editor’s Disclosure: Like Siliconera, Escapist is owned by Enthusiast Gaming.