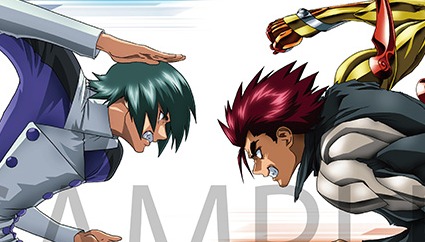 In commemoration of the 20th anniversary of s-CRY-ed, also known as Scryed, Sunrise will release numerous pieces of new merchandise, such as a drama CD and an art book. The art book and drama CD cost 12,100 JPY (~$110). Pre-orders will be open until November 7, 2021. They will ship out around January 28, 2022. In addition, those who put in pre-orders through Movic can receive a bonus Ryuho postcard. [Thanks, Famitsu!]

The drama CD will bring back the old cast from the show, as well as the original script writer Yosuke Kuroda. In total, there are over 250 pages in the art book. It will contain features such as character reference sheets, promotional art, and background sketches. What the drama CD will be about and who will appear in it are currently unknown. 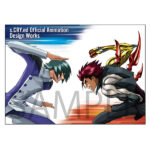 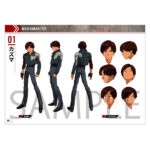 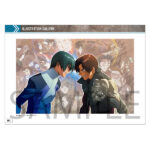 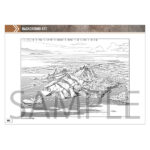 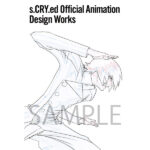 However, it is safe to assume that Kazuma and Ryuho will return in the 20th anniversary Scryed drama CD. Both Soichiro Hoshi and Hikaru Midorikawa are established voice actors in the industry. Hoshi recently voiced Akechi in Persona 5 and Son Goku in Saiyuki Reload: Zeroin. Midorikawa’s more recent roles include Lilia from Twisted Wonderland and Cherry Blossom from Sk8 the Infinity.

The Scryed 20th anniversary art book and drama CD are currently available to pre-order until November 7, 2021. They have an approximate release date of January 28, 2022.