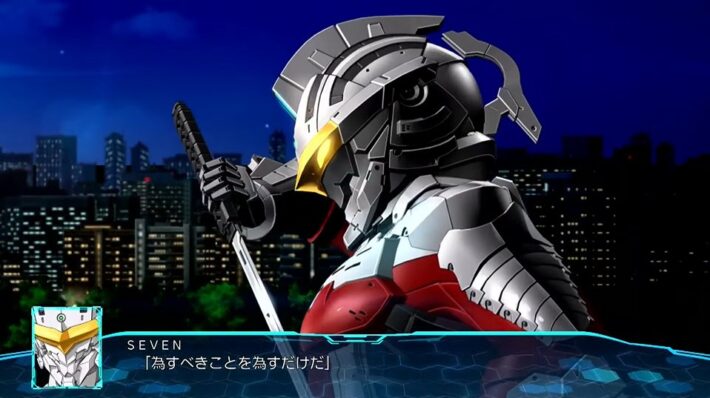 The next Super Robot Wars game launches on October 28, 2021, but Bandai Namco has one last promotional push to unleash upon the world. In a livestream event, the final full-length trailer for Super Robot Wars 30 was unveiled, along with a preview of DLC pack 2. The pack adds units and characters from Ultraman, Gundam Iron-Blooded Orphans, and the Super Robot Wars OG games will join the game by year’s end.

The Super Robot Wars DLC pack 2 trailer featured looks at new units from Mobile Suit Gundam: Iron-Blooded Orphans. The Tekkadan mecha Gundam Barbatos Lupus Rex, and Gundam Gusion Rebake Full City, as well as their Mikazuki Augus and Akihiro Altland, will be added with the pack. The pack also adds two units from Super Robot Wars OG: Kyosuke Nanbu in his Alteisen Riese, and Excellen Browning in her Rein Weissritter. The pack will also debut Ultraman, Seven, and Ace from the 2019 Netflix Ultraman series. Like DLC pack 1, the second DLC pack will area missions. Both packs are unlocked automatically for players that purchase the season pass.

Bandai Namco also showed off new and old mecha from the main game in the final Super Robot Wars 30 trailer.

Super Robot Wars 30 launches October 28, 2021. It will be available on Nintendo Switch, PS4, and PC in Japan and Asia, and worldwide on PC. The first DLC pack will launch in November 2021, and the second pack (adding Ultraman and Iron-Blooded Orphans) will launch in December 2021.