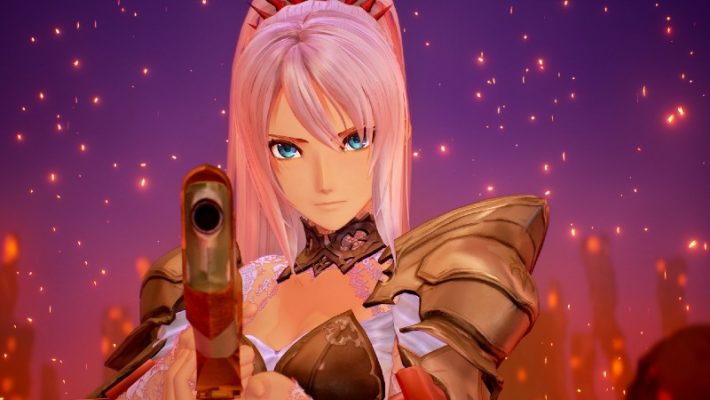 Bandai Namco released a new trailer focusing on Shionne, one of the two leads in Tales of Arise. While she’s a Renan, she’s one who finds herself on Dahna and caught up in the rebellion with Alphen. The latest video looks at some story segments explaining her painful curse, while also showing what people can expect from her gun-related attacks in battle.

This Tales of Arise trailer begins with the curse Shionne suffers from being discussed by a Dahnan. Balseph, another person from Rena, is apparently after her because of it. The electric thorns hurt anyone who comes near her, and the ability isn’t caused by magic or a poison. When people suggest it might be of some benefit, Shionne is indignant at that remark. The clip ends with a fully-masked Alphen waiting for her as she shows up in the outfit she seems to wear for much of the game.

Shionne is a prideful and elegant woman cursed by electrifying thorns which cause pain to anybody who touches her.

After an unexpected encounter with Alphen, she joins the rebellion against Rena to pursue her own secret motivations. #TalesOfArise pic.twitter.com/yHbnln81ZD