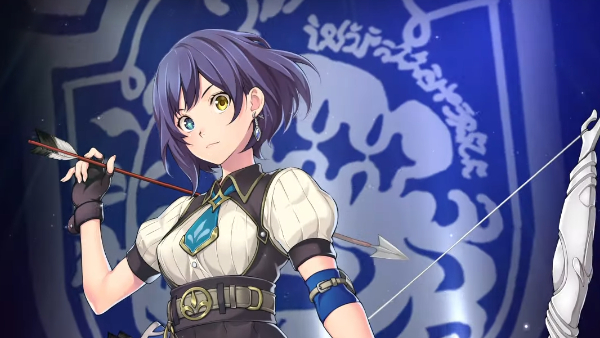 Bandai Namco released a new Tales of Luminaria character trailer introducing Celia Arvier, a bow-wielding knight in training and childhood friend of the previously revealed Leo Fourcade. Her English voice actor is Cristina Vee. Vee was also in Tales of Berseria, as well as various other video games and anime. Her Japanese voice actor is That Time I Got Reincarnated as a Slime‘s Miho Okasaki.

Celia is one of 21 different characters that players will be able to choose from in Tales of Luminaria. Celia Arvier joined the knight academy alongside her two childhood friends Leo and Hugo, but a “certain incident” has created a distance between them. As with Leo’s trailer teasing Celia’s introduction, the latest trailer also teases Michelle as the next character showcase.

Celia Arvier voice actress Cristina Vee has worked on various anime and video games in the past. Notably, she voiced Shantae from the Shantae series, as well as Velvet Crowe in Tales of Beseria. She also voices Riven in League of Legends, Bennett from Genshin Impact, and many others. Vee announced that she is voicing Celia Arvier through her personal Twitter account.

I’m so excited to join another Tales adventure as the voice of Celia! I’m loving working on this and I’m excited for everyone to play! @to_luminaria_en pic.twitter.com/Mv8yo3BWgK

The character’s Japanese voice actor is Miho Okasaki, who played Rimuru Tempest in That Time I Got Reincarnated as a Slime. Okasaki is also a prominent voice actor in video games, voicing Kiryuin Aoi from Uma Musume: Pretty Derby and USS Cooper in Azur Lane.

You can check out the official Tales of Luminaria Celia Arvier character trailer below.

Tales of Luminaria is currently in development. Pre-registration is currently open for Android and iOS devices.