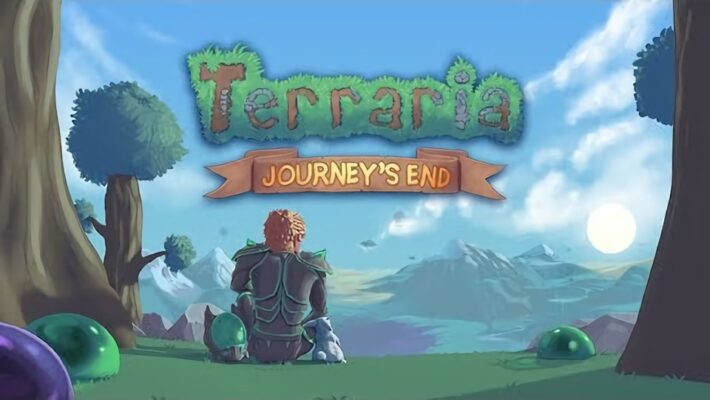 The Nintendo Switch is more up to date when it comes to Terraria, as the 1.4 Journey’s End update is here. However, it won’t be exactly what people expect. The announcement included confirmation of things identical to other platforms’ 1.4. It also brought up Switch-specific additions and losses. Namely, the Switch update will include some missing Terraria multiplayer elements like cross-play, local multiplayer, and splitscreen details. It first went live on PCs in May 2020.

In the case of the Terraria Switch multiplayer details, quite a few of them involve things that could be available after additional patches. For example, there is only splitscreen for two players at the moment. You can only take part in that offline. However, it could appear as an option later. There’s also only online or same console splitscreen multiplayer, as local multiplayer isn’t available yet. Cross-play isn’t an option for the Switch version of Terraria, but that could change “once all active platforms are at content parity.”

However, the Switch version of Terraria 1.4 also offers unique updates. The touch and gamepad controls are refined. There will also be an updated UI. When someone plays splitscreen on the same console, you will also be able to choose between a horizontal or vertical split.

Here’s a trailer going over the update. It adds a Journey mode, over 1,000 items, new enemies, new music, and new difficulty options.