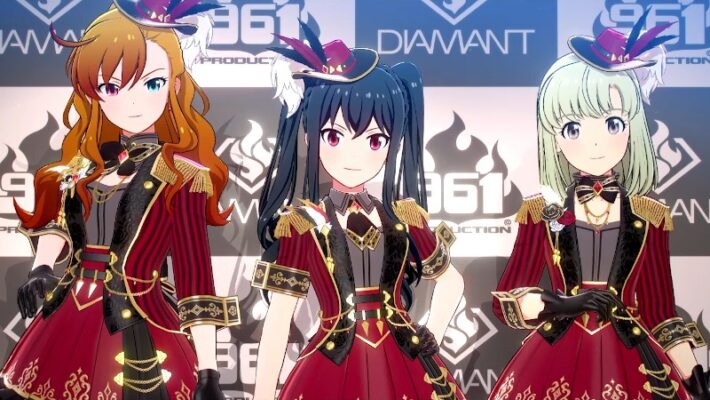 Bandai Namco published more details about The Idolmaster: Starlit Season through a new Starlit Report broadcast on September 13, 2021. In the new video, 961 Production fully revealed its new unit after making a teaser in early August 2021. A new character named Aya will join Leon and Shika in forming the rival unit, now known as Diamant — the German word for Diamond.

Aya is a 15 years-old girl who likes to collect capsule toys and catching up with trends. Despite newly joining the unit and production, she aspires to become an idol more successful than even her colleagues Leon and Shika. The voice actress Rina Hidaka will provide both talking and singing voices for the new character.

Bandai Namco has also separately uploaded a story trailer for The Idolmaster: Starlit Season. It reveals that Aya also has a close acquaintance with Kohaku Okuzora, the other new character who will be part of the player’s 29-idol unit, Project Luminous. The game’s storyline will delve further into the relationship between both characters, as Aya objects to Kohaku’s inclusion into an idol unit.

The Idolmaster: Starlit Season will release on the PlayStation 4 and PC via Steam in Japan and Asia on October 14, 2021. Bandai Namco will publish more information on the upcoming game at Tokyo Game Show 2021 on October 1, 2021.