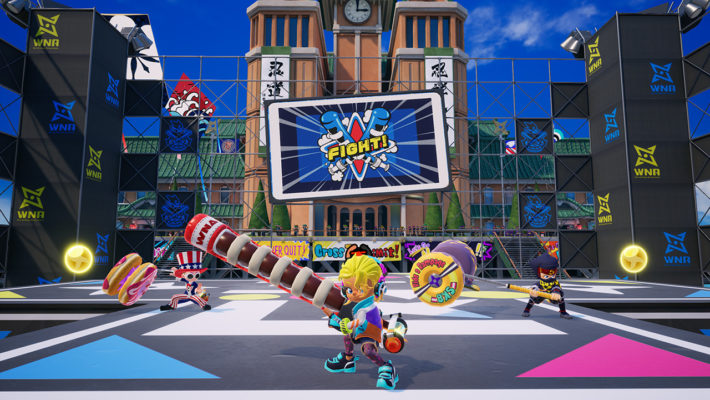 The initial Ninjala beta didn’t exactly go as planned. People had trouble getting into matches and servers went down for the online multiplayer game. While it is very different than Splatoon 2, the Nintendo Switch’s other notable multiplayer affair, those who did play got a taste of how they compare. Since the release date was bumped back to June 25, 2020 due to the current state of the world, a Ninjala second beta test will be held at the very end of May 2020.

Here are all the official times for the Ninjala second beta test. Please note these are in 24-hour military time. Depending on where you live, you could be able to play either on May 30th or 31st. Just like the original beta, only the Drill Beat, Ippon Katana, SK8 Hammer, and Trick Ball weapons will be available and 8-player Battle Royale multiplayer mode will be active.

In addition to the Ninjala second beta test, a new developer diary was released that mentions the game’s microtransactions. While it will be free-to-play, people will have the option to spend real money on Jala in-game currency. While you could buy things like costumes, emotes, and stickers piecemeal, you can also spend 950 Jala for the Ninjala Pass seasonal pass that gives you the chance to earn items by hitting certain tiers. (Getting through all 100 tiers will actually give you over 950 Jala back.) You can get a head start with a 2,800 Jala Ninjala Pass Ninja Bundle that starts after the first 25 tiers.