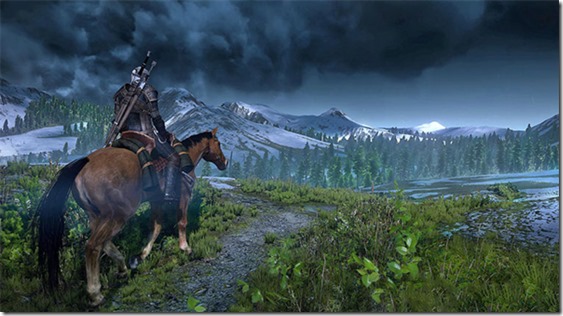 CD Projekt Red’s The Witcher 1 & 2 have been at the technological forefront, pushing that envelope, and they’re set to do it all over again with The Witcher 3. However, there’s another frontline they’re equally known for, and that’s their fight against DRM. The studio has long been a staunch opponent of digital rights management. As a direct result, they’ve viewed by many as a trusted friend of the consumer.

Some would argue that they’ve paid a hefty price for such goodwill; CD Projekt Red has estimated that 4.5 million copies of The Witcher 2 have been pirated thus far. Still, their stance remains as strong as ever, though when it was discovered that the Xbox One would have its own DRM initiatives, a console that would eventually be home to The Witcher 3, many were confused.

I asked John Mamais, the game’s executive producer, about this, back when Microsoft’s new console was still going to require always-on Internet.

“We can’t control Microsoft’s business decisions, but we want to be on their platform, so we’re going to do our best to make awesome games for their platform,” Mamais replied. “At the same time, the PC version will remain DRM-free. That’s our policy, as a company. Those who are concerned can still purchase a copy through GOG.com.”

So, how did it feel for CD Projekt Red, one of the front-runners of anti-DRM, to see the the subject of DRM be such a hot topic at E3 this year?

“It’s kind of a recent phenomena, to take this DRM stuff off. We were doing it early on… we were one of the front-runners of it,” Mamais said. “And because we fought this war already, and carried that flag, you could say that it’s somewhat validating to raise the same concerns that we’ve done already.”

He elaborated: “It was a constant battle; during The Witcher 1, we went toe-to-toe with that game’s publisher, Atari, over DRM. Because of the feeling that, if there’s no DRM, it’s going to leak earlier, and sales will be lost.”

“I mean, it is kind of a valid opinion… I think both sides have their good arguments. But because I’m a gamer, I do tend to not to like the DRM stuff.”