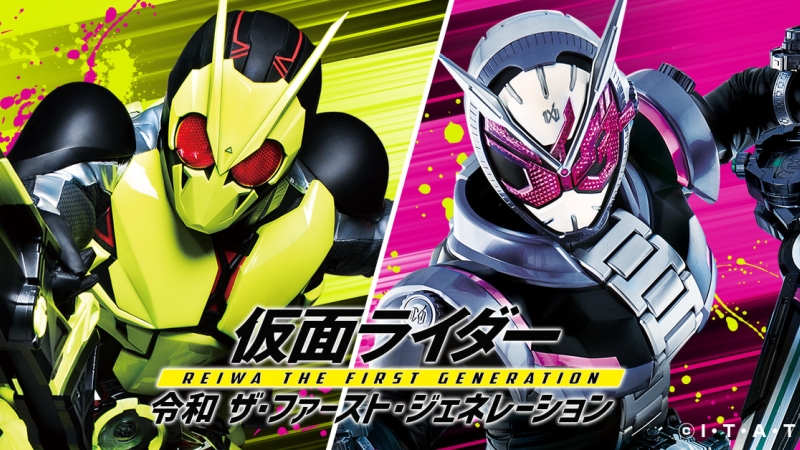 The venerable Kamen Rider franchise is celebrating its 50th anniversary in 2021. Alongside new projects like Shin Kamen Rider, Toei commemorated the occasion with freebies for overseas fans in the form of uploads from various Kamen Rider series. The latest to hit the block is a full-sized movie: Kamen Rider Reiwa: The First Generation.

Kamen Rider Reiwa isn’t the name of a specific Rider, but it is the keyword for the movie, which is a crossover between two shows: 2018’s Kamen Rider Zi-O and 2019’s Kamen Rider Zero-One. Both programs were on the air at the start of Japan’s Reiwa era, which began in May 2019. Keeping with Toei’s practice of grouping Rider shows by their era (2000’s Kamen Rider Kuuga was the first program of the Heisei era), Zi-O and Zero-One  are the “first generation” of Reiwa-era Kamen Riders. And they’re together in the movie, which serves as bridge of sorts between the two series.

The Kamen Rider Reiwa: The First Generation movie takes place after the end of Kamen Rider Zi-O, and shortly into the run of Kamen Rider Zero-One. Aruto Hiden, the CEO of “HumaGear” android manufacturer Hiden Intelligence, encounters a strange situation wherein he is attacked by mysterious HumaGears and an evil clone of his Rider alter-ego. Meanwhile, Sougo Tokiwa, who gave up the mantle of Kamen Rider Zi-O after saving time and space, must put the belt on again to solve the mystery of why his teachers have suddenly become murderous androids.

The Kamen Rider movie with English subtitles was uploaded to the Toei Tokusatsu World Official channel, and we’ve embedded it below:

Unfortunately for those who haven’t seen Zi-O or Zero-One, at the time of this writing there are no other episodes from their respective series on the channel. However, Shout Factory announced the acquisition of Kamen Rider Zero-One for its “TokuSHOUTsu” brand on April 3, 2021.