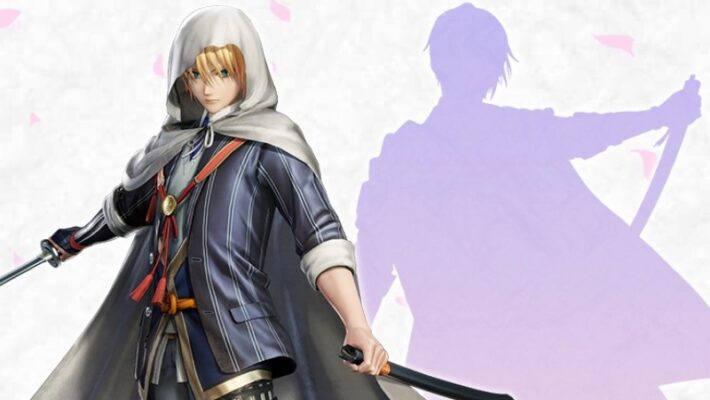 DMM Games and Koei Tecmo have revealed the fifth and last group of characters appearing in Touken Ranbu Musou. Yamanbagiri Kunihiro will act as the leader of the fifth group. A silhouette Yamanbagiri Chougi also confirms that the similarly named Swordboy will assist Kunihiro in his group.

Like the Date clan-owned swords from the fourth group, the Yamanbagiri swords are closely related to each other. Yamanbagiri Kunihiro was created in 1590 as a duplicate of the Chougi sword, made earlier in the 14th century. A Hojo clan retainer held both swords for some time. However, ownership scattered after the Toyotomi army defeated the Hojo at Odawara. Both swords survive to this day and are preserved at different places.

The latest franchise-based Warriors game will launch with fifteen characters split into five groups. The fifth group consists of only two characters because the second group already has four Swordboys, including its leader Kasen Kanesada.

Now that all groups and Swordboys are accounted for, the game’s Japanese official website has also gathered all character renders and silhouettes revealed to date in a single image. 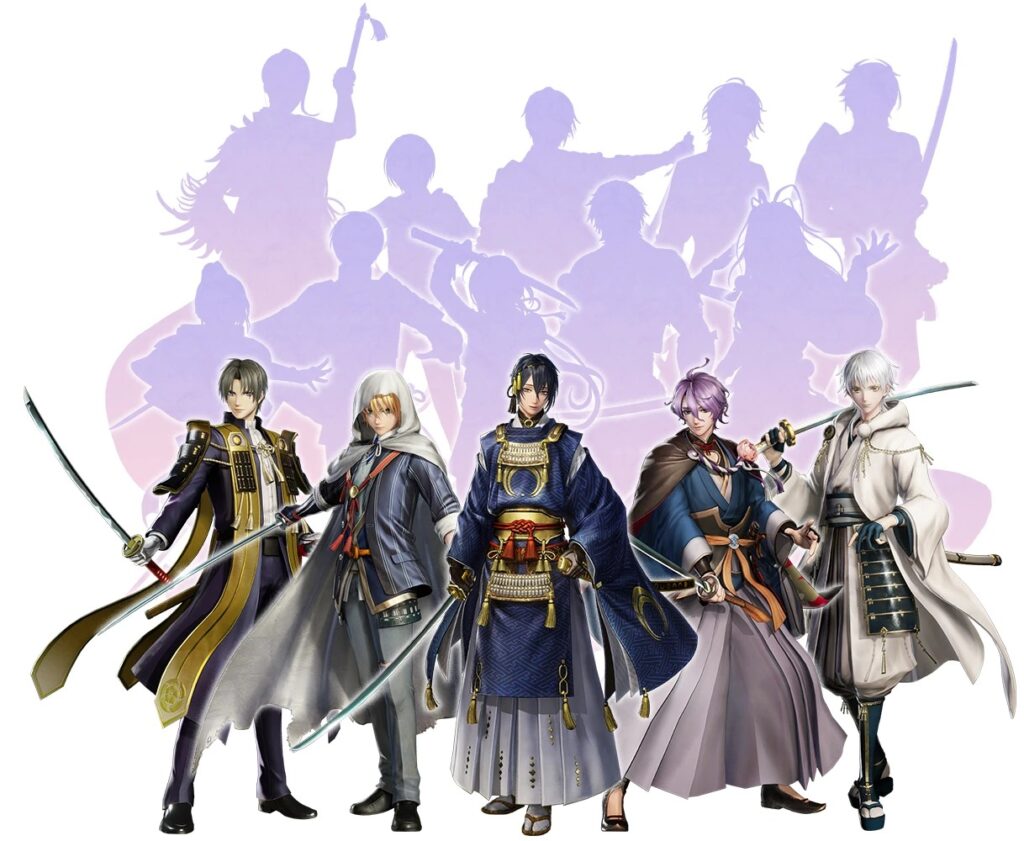 Touken Ranbu Musou will be available for Nintendo Switch and PC via DMM Game Player. Koei Tecmo and DMM Games have yet to announce the game’s release window. However, the companies will publish more information on Wednesday on September 15, 2021.