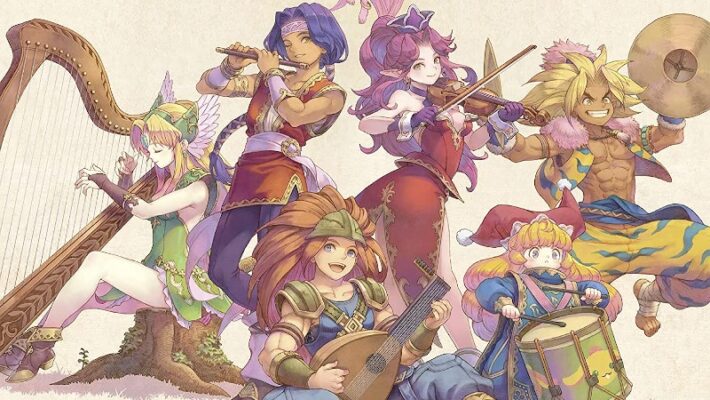 Square Enix will release a CD containing a recorded archive of the Trials of Mana 25th Anniversary Orchestra Concert on October 27, 2021. With a price tag of 3,630 yen (~$33), the CD will be available in select stores, including the Japanese Square Enix e-Store and Amazon Japan.

The CD’s tracklist will contain all tracks played at the concert. It will also include three additional tracks that were performed as an encore: “Angel’s Fear,” “Electric Talk,” and “Meridian Child.” The booklet will have liner notes from the Trials of Mana original composer Hiroki Kikuta and the arranger Sachiko Miyano.

Square Enix originally held the Trials of Mana 25th Anniversary Orchestra Concert as a live stream on June 26, 2021. However, only people residing in Japan could watch the concert. While the North American Square Enix Store has yet to put this CD as of this writing, Amazon Japan can ship the product outside Japan.

Trials of Mana originally appeared as a Super Famicom game released exclusively in Japan in 1995. Square Enix localized the title in English when it released Collection of Mana for Nintendo Switch in June 2019. The company released a full-blown remake of Trials of Mana on PlayStation 4, Nintendo Switch, and PC in April 2020. It also recently ported the remake to Android and iOS mobile devices on July 15, 2021.