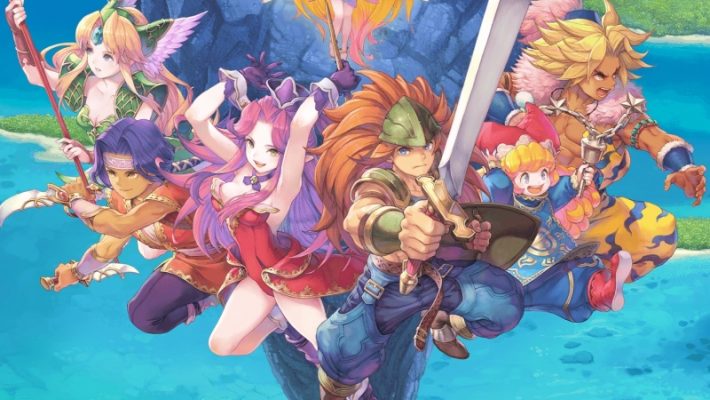 Trials of Mana is coming to Android and Apple iOS devices. The enhanced remake of Seiken Densetsu 3 was first released for the PC, Nintendo Switch, and PlayStation 4 in 2020. The new ports were revealed during the Mana series 30th anniversary livestream event held on June 27, 2021.

The reveal also included some in-development gameplay footage, showing off the adapted UI and graphics to be found in Trials of Mana on mobile devices. Check out the 42 minute timestamp on the stream archive to see the footage.

The game will support a touch-based UI system featuring a virtual analog-stick style of play. The familiar wheel-style item and ability menus of Trials of Mana can be rotated on mobile using swipes, as well. Additionally, the mobile ports will have some convenience features added, including options to automatically manage targeting, combat, and camera adjustment. Graphical quality options will allow the game to scale to different mobile devices, and cloud saves will let players move across multiple devices. Square Enix recommends devices equal to or newer than the iPhone 7 to run the game. Content-wise, Trials of Mana mobile will include the content added by post-release updates on console and PC, such as new item seeds.

The Android and iOS ports of Trials of Mana will release on July 15, 2021, as a premium app costing USD $23.99 on the App Store and Google Play. The original console release is immediately available on the PS4, Nintendo Switch, and PC. The 30th Anniversary livestream also announced Echoes of Mana, a new original mobile Mana game.