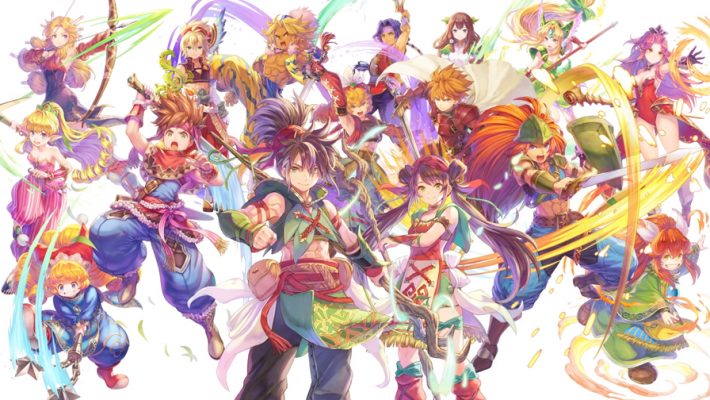 Square Enix announced Echoes of Mana for mobile and a new Mana title for consoles. The news comes from the company’s special livestream event commemorating the series’ 30th anniversary. Although Square Enix did not provide additional information about the console game, it did prepare an announcement trailer for its upcoming mobile title.

Developed by WFS, Echoes of Mana will release worldwide in 2022. Square Enix confirmed that it will be an action RPG, it will be free to play, and there will be in-game purchases. Additionally, the mobile title will include language support for Japanese, English, German, French, Chinese, and Korean. The announcement trailer showed stained glass redesigns of plenty of nostalgic key art and famous scenes from past Mana games.

The announcement trailer for Echoes of Mana might hint at its mechanics. The key art at the end of the video shows characters from several entries in the series, including Sword of Mana, Secret of Mana, and Trials of Mana. If the title is similar to other mobile titles, players might be summoning their favorite characters via a gacha system. During the livestream, the devs showed the title running in-engine around the 1:16:00 mark.

Echoes of Mana will launch on iOS and Android devices worldwide in 2022.