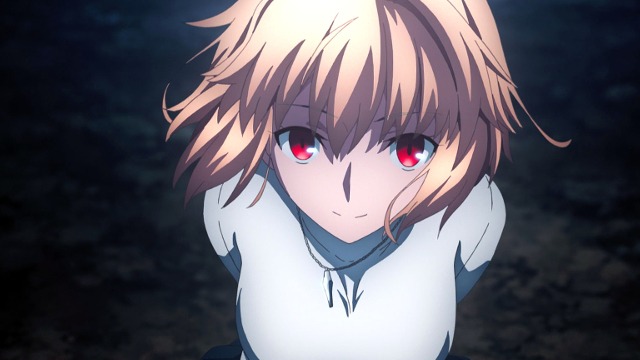 Type-Moon has taken to Twitter to request that consumers not share any spoilers regarding the Tsukihime remake. Tsukihime: A Piece of Blue Glass Moon, a remake of the original visual novel, will release on August 26, 2021 to Japanese audiences. However, Type-Moon is asking users to refrain from posting any potential spoilers. At least until September 8, 2021. [Thanks, 4Gamer!]

Type-Moon is asking users to refrain from sharing spoilers regarding the Tsukhime remake so those that are going into the experience without prior knowledge will be able to appreciate the content of the updated visual novel. However, as mentioned previously, after September 8, 2021 users are free to post whatever spoilers they would like. This means that users are not barred from sharing spoilers entirely, and only that it is a time sensitive issue.

Tsukihime: A Piece of Blue Glass Moon is a remake of the original visual novel that released in 2000. The remake will only cover the Near Side routes for Arcueid and Ciel. However, the two routes will have roughly twice as much content compared to the original and will feature new paths.

Tsukihime: A Piece of Blue Glass Moon will release in Japan for the PlayStation 4 and Nintendo Switch on August 26, 2021. There is currently no word of a potential localization or Western release.