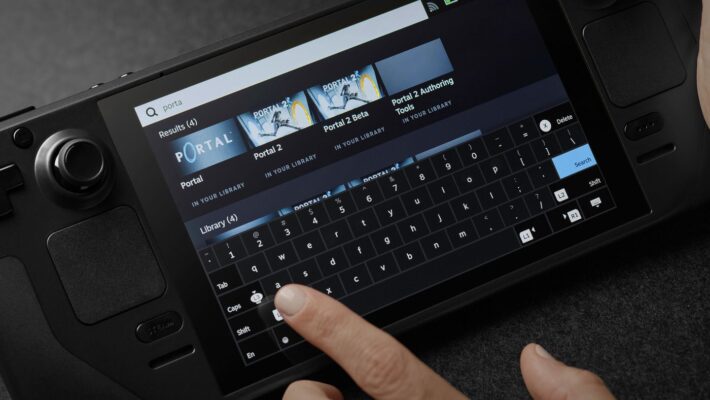 Valve has opened up a new FAQ website dedicated to answering some important community questions regarding the Steam Deck’s features and capabilities. Notably, Valve also revealed that consumers will not be able to change the model of their Steam Deck once ordered. They must cancel the order and reserve it again to change the model.

Both models of the Steam Deck will use an optically bonded IPS LCD glass screen with multitouch support for up to ten fingers. The 512 GB model, however, will feature an additional anti-glare etched treatment. Additionally, the console will utilize two LRA motors under each trackpad for haptics, as well as a CTIA standard audio jack for audio and microphone input. While the console will use SteamOS by default, users can boot an OS off of a microSD card. Stream Deck owners will also have the option to multi-boot  through the console’s BIOS menu.

Furthermore, the page confirms that the Steam Deck will support multiple Steam accounts. Once users download a game, they will be able to play offline as long as it doesn’t require an internet connection. Users will also be able to run non-Steam games through Proton and add games to Steam just like the desktop client. Valve has also stated that the Steam Deck UI will replace the current Big Picture feature on desktop at some point in the future.

The Steam Deck will ship sometime in December 2021 and is available only through Steam at the moment — though Valve does mention it may be partnering with retailers soon. Once reserved, users will be unable to change their model unless they cancel the order and reserve again. Be aware that this will put you at the bottom of the queue.