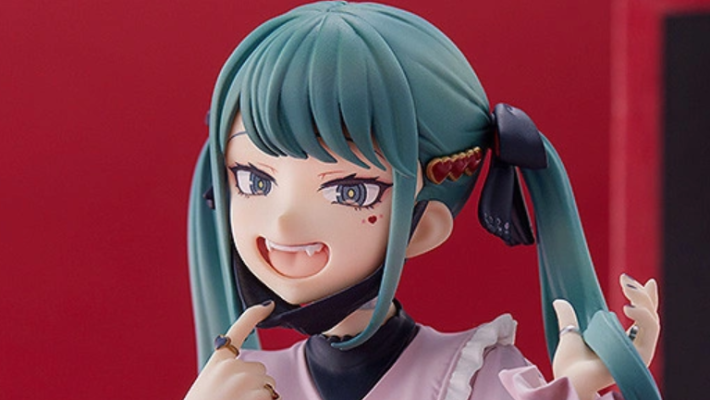 Good Smile Company has opened up pre-orders for its Pop Up Parade figure of Hatsune Miku as she appears in “Vampire.” This is the large version, which means that she stands at around 24 centimeters tall, instead of the usual 17-18. Pre-orders close on September 29, 2022. She costs 8,800 JPY/$62.99. Those in Japan will get her around March 2023, while those in North America can expect her in May 2023.

Miku still has her signature pigtails, but they are a lot shorter than the default version. Another difference is the fact that she has a mole under her eye. And, of course, that she is a vampire. Like in the music video, she is posing like she is pulling down a mask to reveal her teeth.

You can see more pictures of the Vampire Hatsune Miku Pop Up Parade figure here: 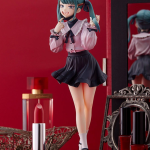 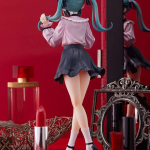 “Vampire” came out in March 2021, and DECO*27 is the composer. As of the time of writing, it has accumulated over 53 million views on YouTube and 4 million views on Niconico. Of course, this is only the original song. Many YouTubers and utaite have covered “Vampire,” including Kuzuha of Nijisanji and Mafumafu.

The Vampire Hatsune Miku Pop Up Parade figure is available for pre-order until September 29, 2022.