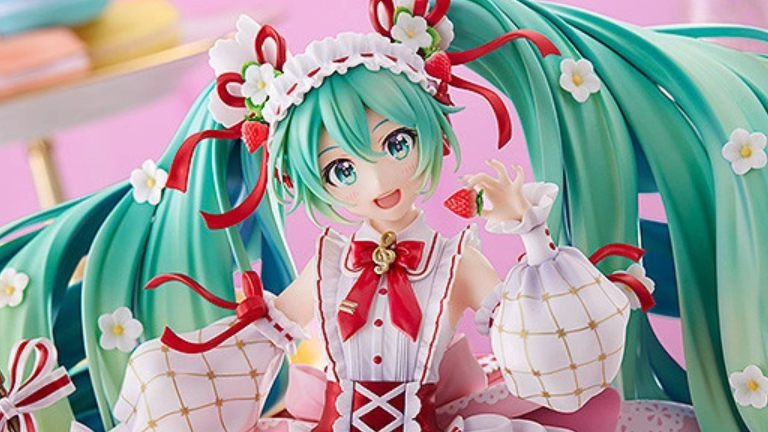 It’s Miku’s birthday, and Good Smile Company is celebrating with a scale figure of the 15th Anniversary Version of Hatsune Miku. Pre-orders are open from August 31 to October 13, 2022. The scale figure costs 43,329 JPY, or $309.99. She will come out in December 2023 for those in Japan, and February 2024 for those in North America.

The 15th Anniversary Version of Miku has a strawberry and spring theme. The base of the figure is a plate, which has a macaron on it as well. She holds in her hand a strawberry-themed fork, as well as a strawberry. Her long pigtails have flowers in the strands, and there are strawberry-themed ribbons near the ends. You cannot detach the fork from her body. 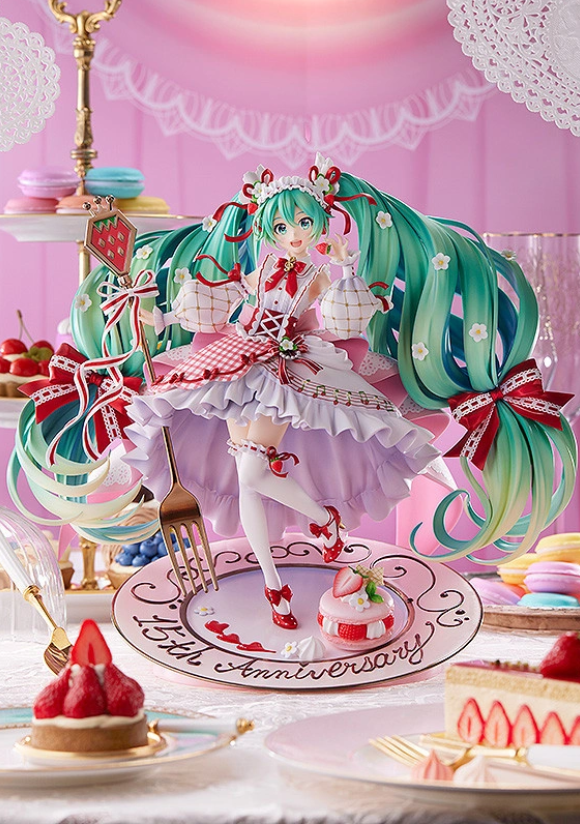 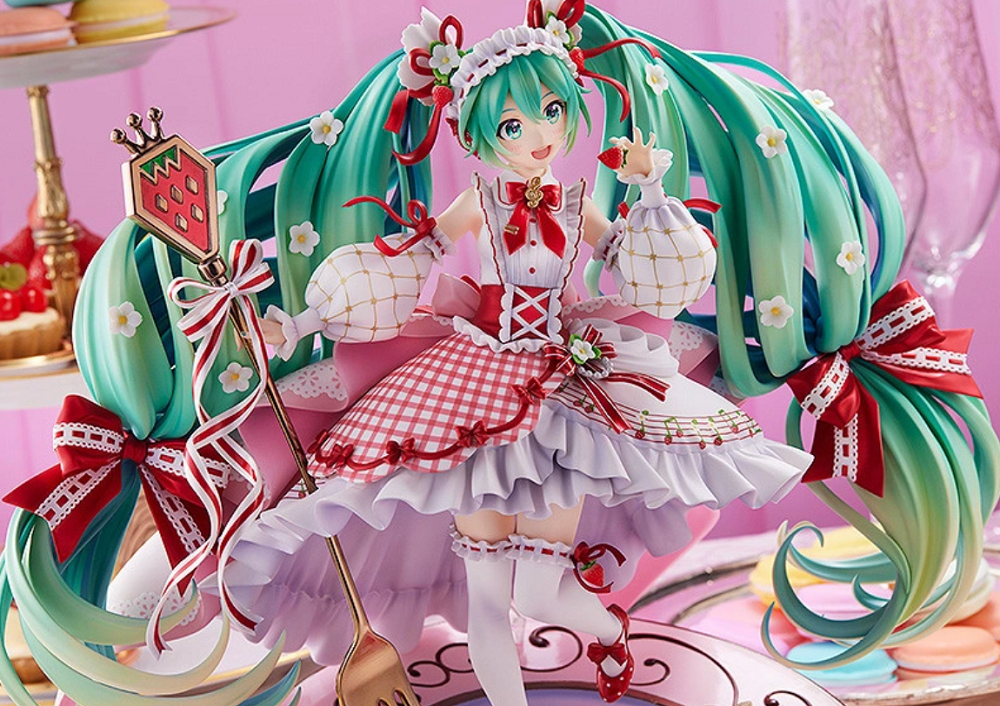 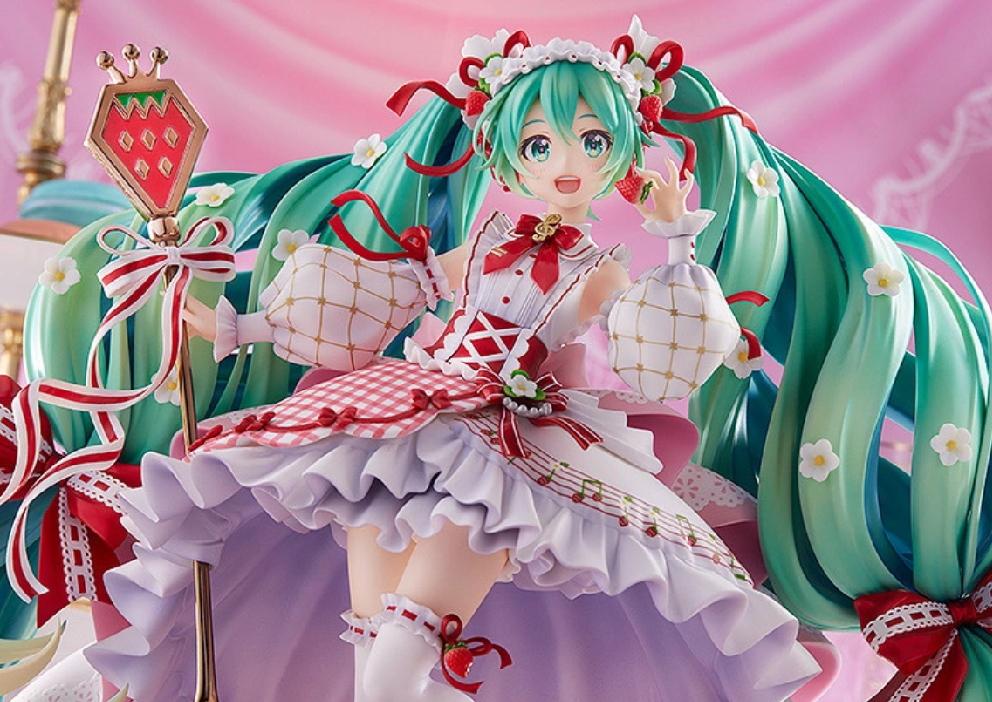 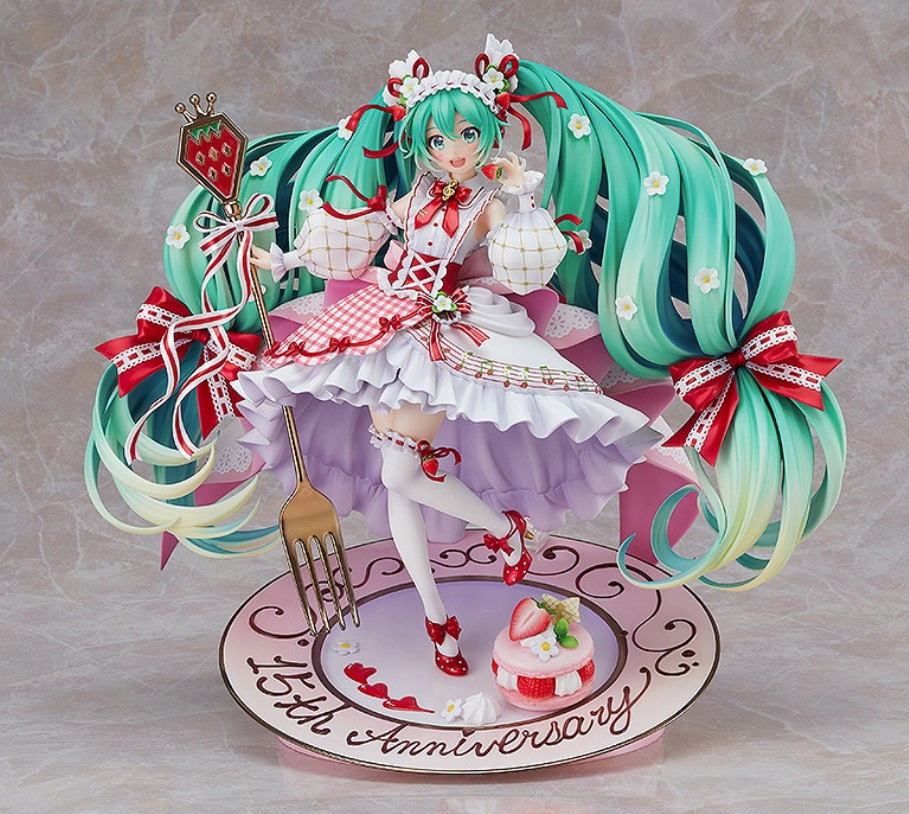 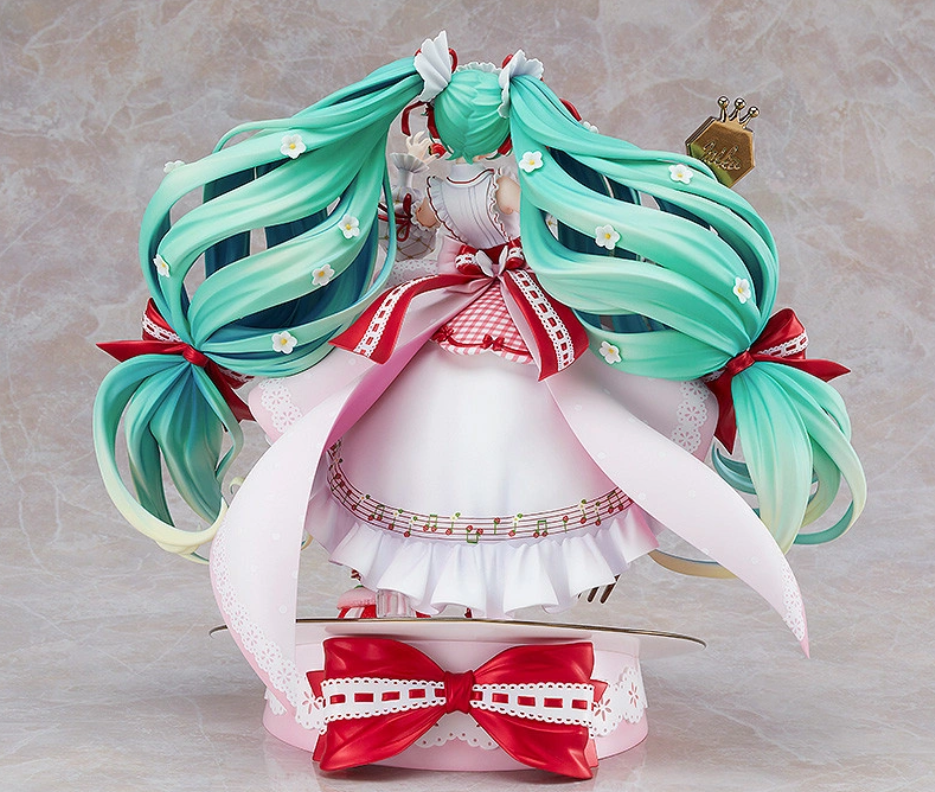 There is also a Nendoroid version that opened for pre-order on August 5, 2022. Pre-orders are available while supplies last. However, the North American Good Smile Company website notes that the pre-order period will end on October 12, 2022. The 15th Anniversary Hatsune Miku Nendoroid figure will come out in December 2022.

You can pre-order the 15th Anniversary Version Hatsune Miku scale figure from Good Smile Company until October 13, 2022. She will ship out in December 2023 for Japan and February 2024 for North America.