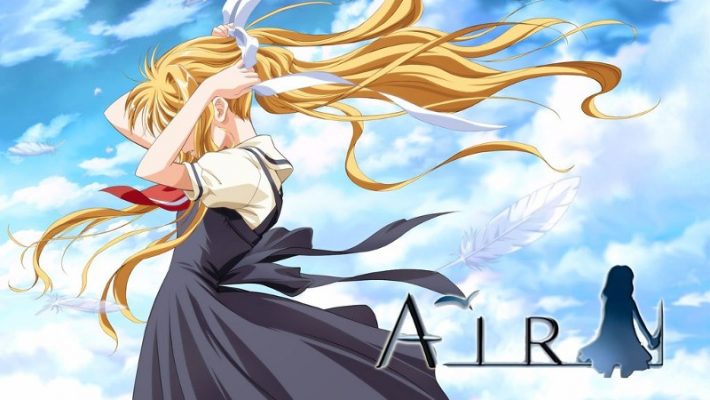 The legendary Japanese visual novel AIR will release on the Nintendo Switch. It will join other well-known visual novels like Clannad and Little Busters! in the popular platform’s ever-growing library. [Thanks, Ryokutya2089.]

The Switch release of AIR will support touchscreen and one-handed controls. This will allow players to scroll through event cutscenes and view parts that the screen limitations might cut off. Additionally, the Switch port will also retain the additional “Hatsuzora no Sho” chapter based on the side-story novel of the same title.

AIR is a visual novel that first released as an adults-only game for PC in 2000. An all-ages version of the title also released on the Dreamcast, PlayStation 2, PlayStation Portable, Android, iOS, and PlayStation Vita. Prototype, the publisher behind many other visual novels like Summer Pockets Reflection Blue and the Grisaia Phantom Trigger series, handled the Vita release in 2016. It was the first version to add the “Hatsuzora no Sho” chapter.

AIR tells the story of Yukito Kunisaki, a traveling showman who is looking for the “girl in the sky” said to be the key to ending his journey. He will interact with and choose from the three main heroines: Misuzu Kamio, Minagi Tohno, and Kano Kirishima.

The classic visual novel AIR will be available for Nintendo Switch in Summer 2021.