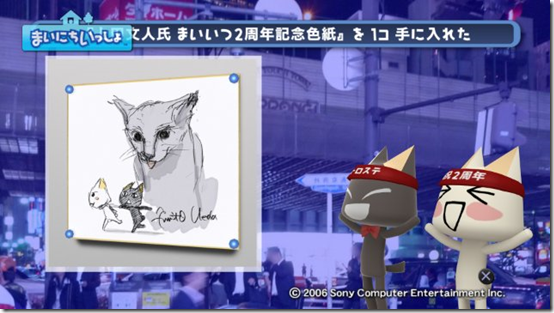 Late last year the Sony cat, Toro, “interviewed” game designers including The Last Guardian creator Fumito Ueda (thanks for the tip Chow!!). During the Torostation show Ueda brought art with a creature looming over Toro and Kuro.

I thought this image was related to Ico since Toro was dragging Kuro, but this may have been early concept art for the majestic beast in The Last Guardian. Watch the E3 debut trailer and decide if the two creatures match up.

Toro also interviewed Etna from Disgaea on the show and asked if he could be in her game. A few months later Toro was announced as a free downloadable Disgaea 3 character. Note to self: If Torostation ever airs again pay close attention to it!