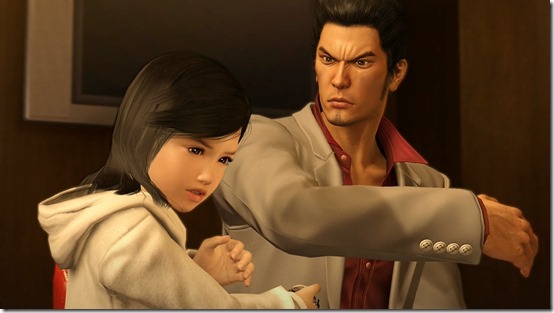 In the past 10 years, how has the userbase of the Yakuza series changed?

Yakuza series  general director Toshihiro Nagoshi: “Originally, there were many players in their 30s, but with Yakuza Restoration (released in 2014) there’s been an increase in players in their 20s. It’s pretty interesting to see an audience rejuvenate. I’m very grateful for those who started playing get to start out with Yakuza Zero and Kiwami.”

Now that it’s been 10 years, are there any expectations that have changed from the start? From the very first Yakuza game, there was always the challenge of making a CERO D (ages 17 and above) but did you expect for it to be as well-received as it is now?

“While that is something to be happy for, Yakuza is something that is made for male players, so we will be careful not to be too conscious of the female users and derail from what we want to make. Lately, there’s been a lot more players from Asia as well. That means we need to appeal more to Asia, but not focus too much on that, too.”

Will you guys put in more effort for worldwide development next?

“Yakuza was originally a game made for the adult male audience in Japan, and we’ve ignored the Western market and Asian market for that sake. But after seeing such results from Asia, ‘perhaps we can sell more worldwide’ is what comes to mind. However, no matter how fun a game may be, if there isn’t a motive from players to purchase a game then it won’t sell. Asian players most likely purchase Yakuza for a different motive than Japanese players. So if we can properly analyze those motives, then I believe that we’ll be able to see success in foreign markets.