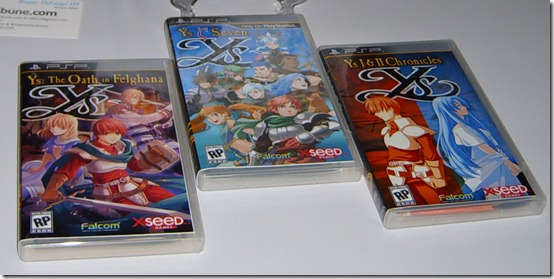 While Ys Seven was completed by Xseed, they publisher went with an outside of the box strategy for their Ys: The Oath in Felghana localization. Instead of doing all of the work in-house, Xseed licensed a PC fan translation for Ys: The Oath in Felghana. Yes, we’re talking about Deuce’s work. His translation is also the base for Ys I&II Chronicles. Since Deuce is a licensed translator they optioned his work. Xseed may edit it in house, but Deuce’s translation is being used as a base.

This means Ys: The Oath in Felghana will be released overseas quicker. Expect to see the PSP version in stores this fall, a season after Ys Seven launches in North America.