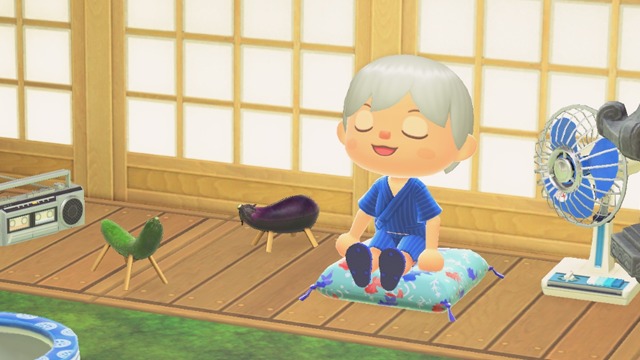 The Animal Crossing: New Horizons Version 1.11.1 Update will see several bug fixes and new seasonal items added into the game. The bug fixes that will arrive through the latest update include fixing an issue where clouds would not appear during certain seasons. Additionally, new seasonal items will appear in Animal Crossing: New Horizons through the update. This includes the “Cucumber Horse” and “Eggplant Cow” items. [Thanks, Famitsu!]

As mentioned previously, the update also includes several bug fixes. This includes fixing a bug regarding the order of items displayed when using the “Order Obtained” filter through the DIY recipe app. Additionally, another bug fix includes resolving an issue where color variants of certain items were not available at Harv’s Island.