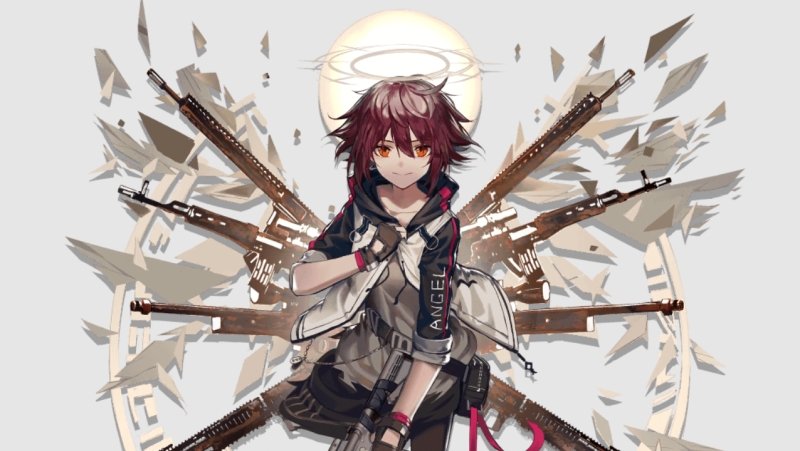 Good Smile Company is beefing up its growing roster of figures based on mobile tower defense hit Arknights with a new, fully proportioned Exusiai figure. The figure is based on the 6-Star rarity Sniper character Exusiai, and its design mimics her “Elite 2” character art and pose. The figure is now available for preorder, with a planned release date of November 2021.

Exusiai (pronounced “Exia” in-game) is a playable Sniper. She, alongside other Operators like Texas and Sora, works for Penguin Logistics, a courier service that frequently takes on high-risk assignments (like a cake delivery). Exusiai is a Sankta, an Arknights race that displays angel-like features such as haloes and “wings” of light. She also hails from Laterano, a theocratic nation where every qualified citizen is required to carry a gun.

Within the Arknights game itself, Exusiai is one of the premier Snipers, able to inflict terrific amounts of damage with her rapid-fire skills. She can practically drown enemies in a hailstorm of bullets, chewing through their health. Her only weakness is if those enemies are sporting a lot of armor, as without outside assistance Exusiai can’t punch through heavily armored foes.

As seen in her character art, the Arknights Exusia figure shows the character activating her “Overloading Mode” skill, which deploys her full arsenal of firearms in a ring of light behind her. The figure stands 340mm in height (about 13 inches), and was sculpted from ABS and PVC by artist Baksatsu Shooter. The paintwork was done by artist Nainiu.

The Good Smile Company Arknights Exusiai figure is available for preorder now, and is expected to cost JPY 23,000 (about USD $210). Preorders placed via Good Smile Company’s online store will also receive a Shikishi illustration board featuring Exusiai’s Elite 2 artwork. Fans looking for a smaller or more affordable Arknights figurine can check out Good Smile’s existing Nendoroid figures. Characters like Amiya, Texas, Silverash, W, Ch’en, and even Exusiai herself are represented.

Arknights itself is available on iOS and Android. The game is currently running a special story event featuring Blemishine, sister of Nearl.