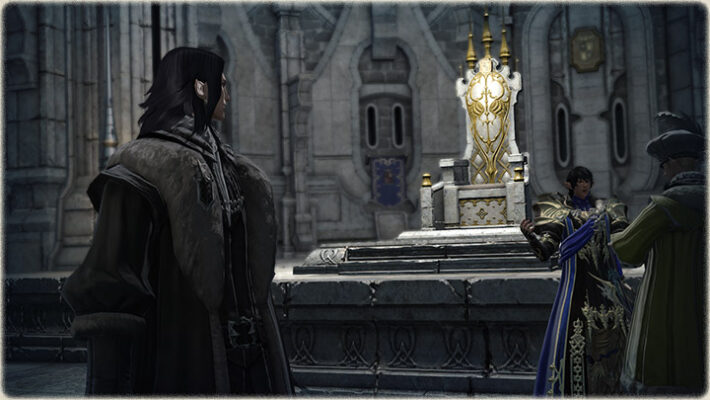 Another one of the FFXIV Tales from the Twilight short stories is here, and this time Lord Artoirel de Fortemps is the star. “An Empty Throne” is available to read on the official website. As with the other side stories in this collection, there will be spoilers if you aren’t familiar with the character and MMO’s plot so far. Each story is designed to help lead up to the next expansion, Endwalker.

As a reminder, Artoirel is the head of Ishgard’s House Fortemps in FFXIV. He first appeared in the MMO’s Heavensward expansion.

With Artoirel’s “An Empty Throne” released, Square Enix’s FFXIV Tales from the Twilight short stories series is done. All five are collected on the site. Things kicked off in August 2021 with “The Burden of Duty.” That focused on Yugiri Mistwalker and Hien. After that was Merlwyb Bloefhiswyn’s “Her Father’s Daughter.” Fordola and Yda starred in “Set with the Sun.” Finally, Kan-E-Senna appeared in “True of Heart.”

Final Fantasy XIV is available for the PS4, PS5, and PC. The Endwalker expansion will release on November 23, 2021. Those who have pre-ordered the it will be able to begin playing it a bit early on November 19, 2021.