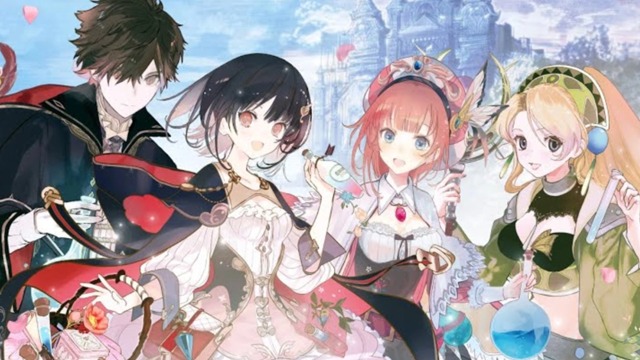 As something of a newcomer to the Atelier series, I wasn’t entirely sure what to expect with Atelier Online: Alchemist of Bressisle. The console titles primarily focus on gathering and crafting items, which I expected to be rolled into the gacha. However, I was pleasantly surprised to see the mechanic wasn’t. Instead, gathering isn’t limited by paid currency or an in-game stamina system. And this is largely what I enjoyed most about Atelier Online, outside of its pastel colored visuals and beautiful character illustrations. That being said, while Atelier Online does have its strengths, it feels almost like a half-baked release regarding its localization and other features.

Atelier Online places the player in the role of an apprentice alchemist at a bustling academy. There are little nods to you occupying the slot of the main character even in the title screen, as your name will appear on the title card. The story is simple and mostly focused on the side-characters you meet, with normal progression adding them to your party entirely for free. The original characters are lively and mostly optimistic, which sets the tone for the game. You have the jovial Solel and the more reserved Anise among the roster of characters you interact with.

Outside of the main scenario, which follows a lot of stereotypical tropes and story beats, players also have side quests to get to know their companions better. These also yield free upgrading resources for the characters you bond with. Bonding happens through leveling, which is self-explanatory and quite easy since the game provides you with loads of experience-enhancing items.

Players can also cultivate their characters and enhance their stats through creating food items. Alchemy is fairly straightforward in that regard. Players gather items of varying quality, manually or through an auto-gather function that sees them traveling between gathering nodes on the map, then synthesize ingredients together to make consumable items, gear, and food. Using rarer versions of materials increases the chance of creating rarer versions of these items. I didn’t find it too confusing or overwhelming. At least, until I unlocked the Enhance feature. Players can enhance materials and gear, and also change the traits of items they’ve created. This requires feeding items to each other to increase the quality of these individual items. I ended up emptying my supply of Ether, the alchemy-based currency you use to create and enhance items, by trying to create higher quality items pretty quickly. 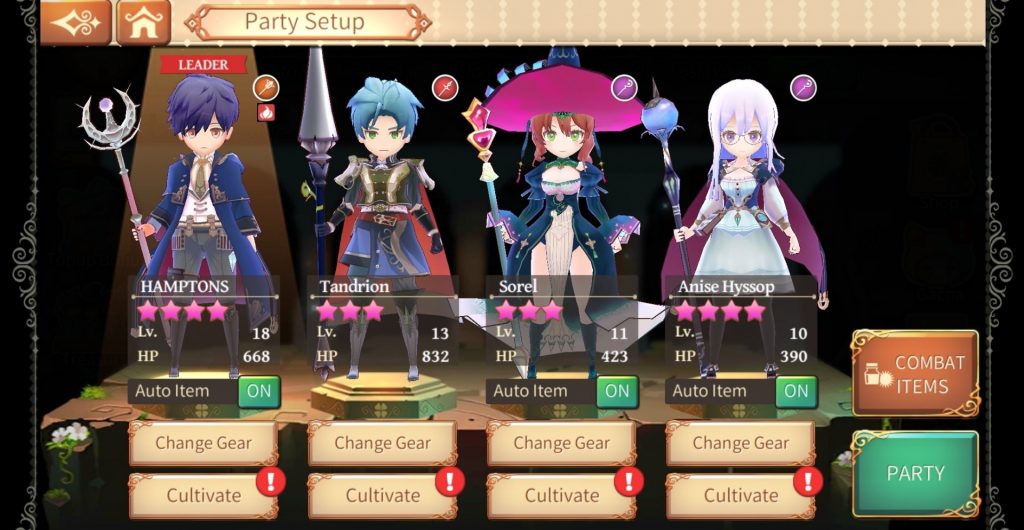 Which brings me to the lack of helpful tutorials the game fails to provide. Atelier Online throws you into the game expecting you to know things. What tutorials the game does offer aren’t exactly accurate in describing what various features do. They’re sparse at best and sometimes poorly translated. This also goes for the dialogue in the game, as some bits feel extremely stilted and rough. Additionally, some enemy names are not translated at all and remain in their original Japanese. It makes Atelier Online feel like a rushed release, which is a shame because I genuinely enjoyed the almost soothing tedium the game offers. Other issues include a lack of capitalization in various menus found through the user interface.

That being said, mobile game is nice to run in the background, watching as my character loops from node to node. I’m not entirely sure what it was about the game that I found so enjoyable, but it scratched a certain itch. For those looking for a more interactive experience, Atelier Online lacks the sometimes fast-paced combat of the console games. There is no real block or counter system. The game is instead relegated to a turn-based combat system. Players can use skills based on the items they have equipped, which means if you want a dedicated healer, they will always have to use a specific item in order to restore the HP of your party. Additionally, skills are relegated to shield slots, which adds another skill players can perform in combat.

Regarding the gacha, the rates are fairly low. Any max rarity (or five star) items have anywhere from a 0.8% to 0.2% drop rate. Thankfully, some of these banners do have a pity system, but the rate at which you obtain currency makes it feel almost impossible to actually make use of it. Rolls are also fairly expensive, with a paid roll costing roughly $35 in order to do a x10 pull. This is due to the free currency received from purchasing a currency pack not actually contributing the the total amount of currency you receive when buying a pack. Additionally, two monthly pass options are available for players to purchase.

Despite this, at the very least Atelier Online doesn’t make players roll duplicates of items obtained from the gacha to level them up. Obtaining the materials to increase their rarity or level, however, is another story entirely. They’re fairly hard to get your hands on, and it will require a big time sink in order to fully realize these items. But if you manage to get any five star items (which includes gear and characters) through the gacha, they can largely carry you through almost anything the game will throw at you.

Atelier Online is a lot of fun and is a fairly good game to experience passively. It might not be satisfying for those looking for a more interactive experience, and the low gacha rates could be a turn-off to some. However, the game is best played casually and one can only hope that future updates will fix the localization to make the game a more complete product.

Atelier Online: Alchemist of Bressisle is immediately available for Android and iOS devices.