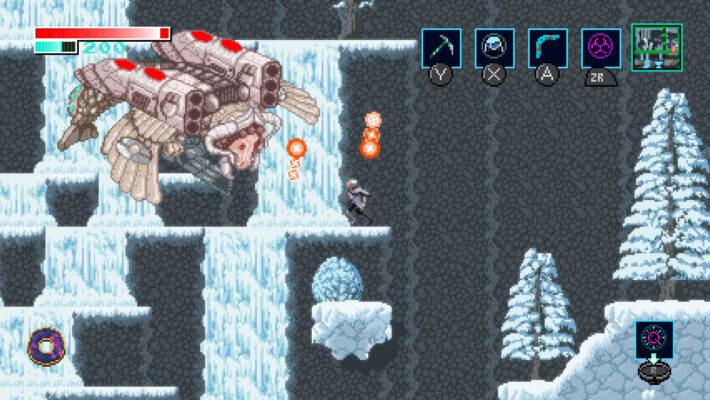 People won’t have to wait any longer to play Axiom Verge 2, as the Nintendo Indie World Showcase for August 2021 going over new Switch games announced its release date is today. It is among the indie game shadowdrops. People will be able to find it in the Nintendo eShop later today. It will also be available on the PC via Epic Games Store and PS4.

This release date comes after multiple Axiom Verge 2 delays. Thomas Happ Games first announced it during the December 2019 Nintendo Indie World Showcase. Back then, it had a Fall 2020 release window. Then in October 2020, it was delayed until 2021. In May 2021, it was pushed back a little more. There was no definite release date at the time, but it had a “later in 2021” window.

Axiom Verge 2 is, like the original game, a Metroidvania. Here’s the original announcement trailer that showed up back in December 2019.

The Axiom Verge 2 release date is August 11, 2021 for the Nintendo Switch. It will appear on the Epic Games Store for PCs and PS4 as well. Back in June 2021, PS4 and PS5 versions were announced.