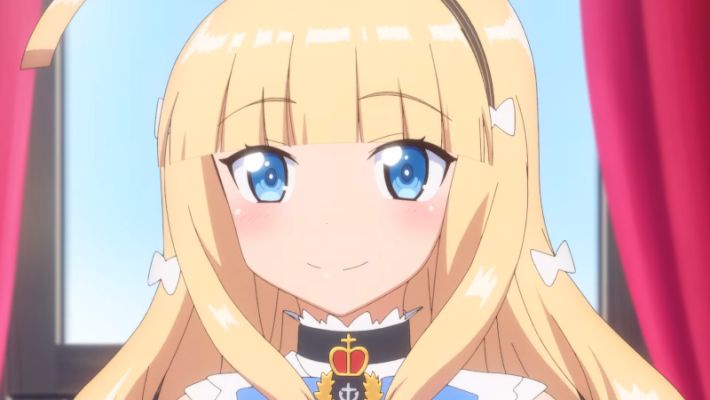 The long-teased anime adaptation of Azur Lane: Queen’s Orders have received a new trailer, and Yostar confirmed that it will appear as an OVA (Original Video Animation). The new trailer for the anime adaptation appeared at the Azur Lane Japanese 5th Anniversary live stream. The same stream also revealed a new major event for the mobile game and an upcoming crossover with Koei Tecmo and Gust’s Atelier Ryza 2.

Queen’s Orders will star the shipgirl adaptation of HMS Queen Elizabeth, the dreadnought battleship that the Royal Navy launched in the 1910s and named after the 16th-century monarch Elizabeth I. In the original manga, the character acts as the personal secretary for the unnamed Commander, who represents the game’s player. However, HMS Queen Elizabeth will take over the Commander’s duties of managing the fleet after the latter collapsed from overwork.

Three out of the five Queen Elizabeth-class battleships launched and commissioned in history—HMS Queen Elizabeth, HMS Warspite, and HMS Valiant—have appeared as shipgirls in Azur Lane. All three of them will become main characters in the Azur Lane: Queen’s Orders OVA, as shown by the official character trailer that you can watch right below.

Queen’s Orders will not be the first Azur Lane manga series to receive an anime adaptation. The first honors went to Azur Lane: Slow Ahead! in 2021. The latter debuted as a series of four-panel manga chapters published frequently on the mobile game’s Japanese Twitter account. The anime show was also available to watch in the West via Crunchyroll.

The anime adaptation of Azur Lane: Queen’s Orders will release in an OVA format. The original manga series appeared in the Monthly Comic REX magazine since late 2018, and it is still under active publication as of this writing. The series has generated five tankobon volumes to date, with the newest sixth volume slated for release in Japan on October 27, 2022.