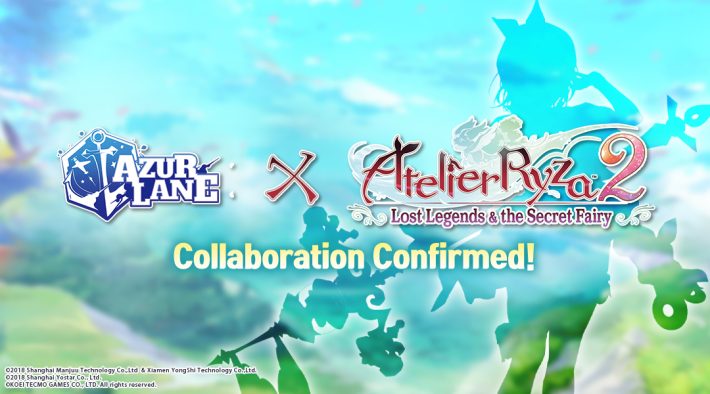 Azur Lane will have a new crossover event featuring Atelier Ryza 2: Lost Legends & the Secret Fairy. The teaser first appeared at the mobile game’s Japanese 5th Anniversary live stream. The official Twitter account for the English version also confirmed that this crossover will appear on the global server as well.

The development team has yet to provide further details on this crossover event other than a brief teaser image. The picture features a silhouette of Reisalin “Ryza” Stout, the protagonist of the console RPG title released for Japan in December 2020 and the rest of the world in January 2021. The team also noted that it is currently working to finalize content for the upcoming crossover.

Atelier Ryza 2 will be the second title from Koei Tecmo Games to appear in a crossover event for Azur Lane. The first honors went to Dead or Alive Xtreme: Venus Vacation in late 2020. It added seven character riggings—Kasumi, Marie Rose, Honoka, Nyotengu, Misaki, Nagisa, and Monica—to the mobile game’s roster. Azur Lane has also featured crossovers with titles outside of Koei Tecmo’s franchises, such as Bandai Namco’s The Idolmaster and Trigger’s anime shows SSSS.Gridman and SSSS.Dynazenon.

Atelier Ryza 2: Lost Legends & the Secret Fairy is available on PlayStation 4, Nintendo Switch, and PC. Check out Siliconera’s official review. This crossover event will happen in the mobile game Azur Lane, which is available on iOS and Android devices worldwide.