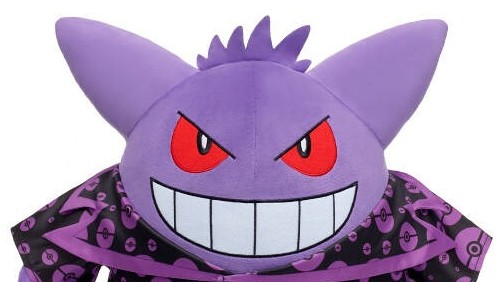 The next Build-a-Bear Pokemon plush isn’t another Eevee, as instead Gengar will be haunting the store. The North American site is now offering the plush in an online exclusive bundle. He arrives ahead of the Halloween shopping season. While the bundle is $53, the plush is $37 on its own in stores. Also, the European site doesn’t have it available yet.

Like the Build-a-Bear Dragonite and Snorlax Pokemon plush toys, the stuffed Gengar is larger than usual. It is a foot tall, which isn’t too different from the height of other Pokemon plush in this line. However, his size is described on the product page as “extra-snuggly,” which means he’s wider around and wouldn’t fit in the normal boxes. In addition to the five-in-one sound chip, which features the character saying its name in different ways, this bundle includes one outfit. It is a $16 Gengar Coat, which is purple and black with Poke Balls all over it. 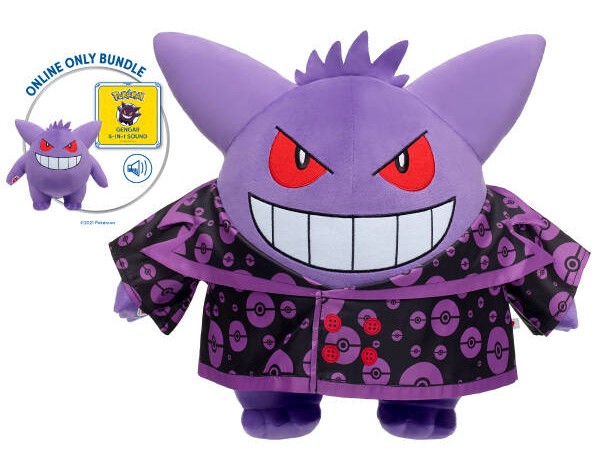 Back in August 2021, Build-a-Bear added two more Eeveelution variants to its lineup. Both Espeon and Umbreon appeared. The company also restocked some of its past styles, like Jolteon and Vaporeon.

The Build-a-Bear Gengar Pokemon plush is now available in North America. A European release should follow.