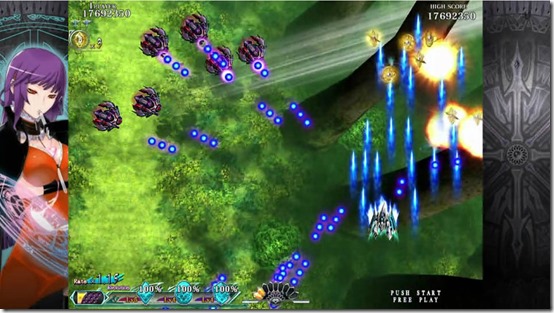 Caladrius Blaze is getting a western release. The PlayStation 4 version of the shoot’em up released in Asia offered English subtitles, but now people who would rather not import can grab a domestic release on August 9, 2016. It will only be available digitally through the North American PlayStation Store.

When people pick up Caladrius Blaze, they’re getting an enhanced version of the game that offers everything included in the Caladrius and Caladrius AC releases. That means more art from Suzuhito Yasuda, known for Devil Survivor, Durarara!!, Is It Wrong to Try to Pick Up Girls in a Dungeon?, Digimon Story: Cyber Sleuth, and Unchained Blades, additional stages, new enemies, and more characters. It also allows you to