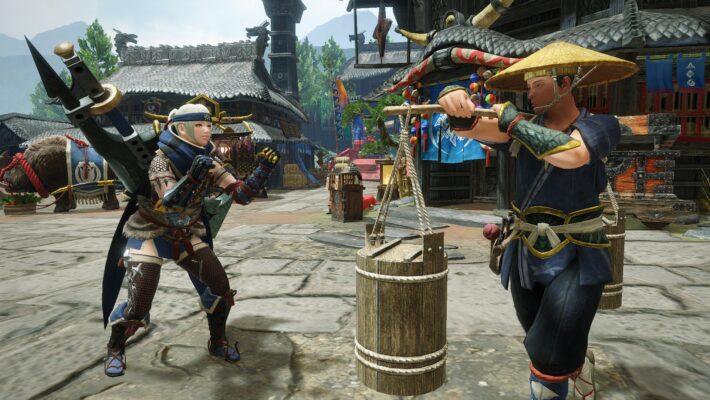 Capcom has added a new event quest to Monster Hunter Rise that tasks players with taking down the Teostra, with a new Cheer gesture as a reward. The event quest is immediately available for free download via Senri the Mailman.

Titled “Scorching Showdown,” the quest is one of two other solo Teostra hunt quests. Additionally, it is the first Teostra quest to be situated in the Sandy Plains, as previous quests were only available in the Lava Caverns. As Elder Dragons are not capturable, players will have to slay the Teostra to complete the quest. Upon completion, players will unlock the “Cheering” gesture.

As with past High-Rank event quests, only hunters above HR8 will be able to participate in the hunt. However, downloading the quest does not have any requirements and is available to all players via Senri the Mailman in the Steelworks area of Kamura village. Once downloaded, players can participate by going to Hinoa in the Gathering Hub and selecting the quest through the “Event Quest” tab.

You can check out the event quest details below: 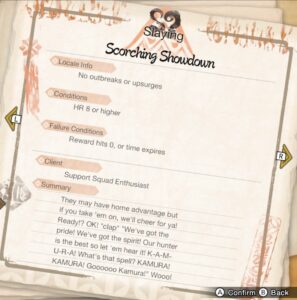 Previously, Capcom added a new set of endemic life stickers, as well as a layered armor set resembling the Street Fighter character Akuma. Capcom is also planning more collaboration events at a later date, with the next event set to drop this month.

Monster Hunter Rise is immediately available on the Nintendo Switch. A PC version of the game will release sometime in 2022.