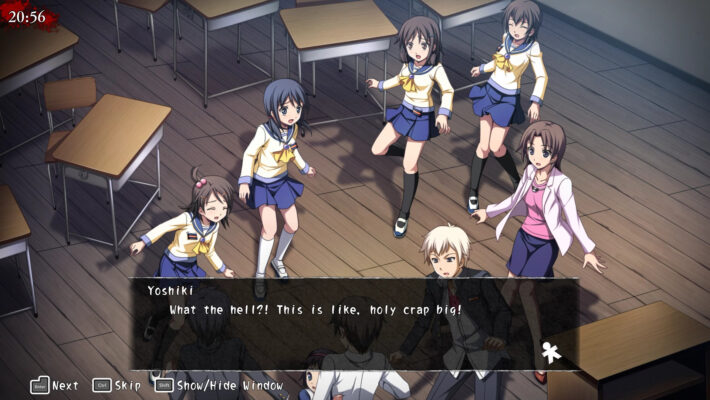 Corpse Party is back, as XSEED revealed a new 2021 version of the horror game is heading to the Nintendo Switch, PS4, Xbox One, Xbox Series X, and PC. This is basically a newer version of the original game about students and a teacher trapped in Heavenly Host Elementary School. It will show up on October 20, 2021. The draw this time around, aside from being available on certain systems for the first time, is the inclusion of new side stories. This is the worldwide release of Corpse Party Blood Covered: Repeated Fear, which appeared on the Switch and PS4 in Japan in February 2021.

In Corpse Party, players follow a group of students and a homeroom teacher trapped in a haunted school after a ritual goes wrong. They are all split up, and it is up to the player to try and help characters and groups survive. The notable addition for this version of the game is that there are 16 Extra Chapters, all with Japanese voice acting for the first time. It builds on the updated 3DS release that appeared in Japan in 2015 and worldwide in 2016.

Of those Extra Chapters, two are new. One of them involves Ayumi and Yoshiki, who appear both in this installment and the follow-up Corpse Party: Blood Drive. The other Extra Chapter features two new heroines named Miku Shirayume and Ryoka Iwami.