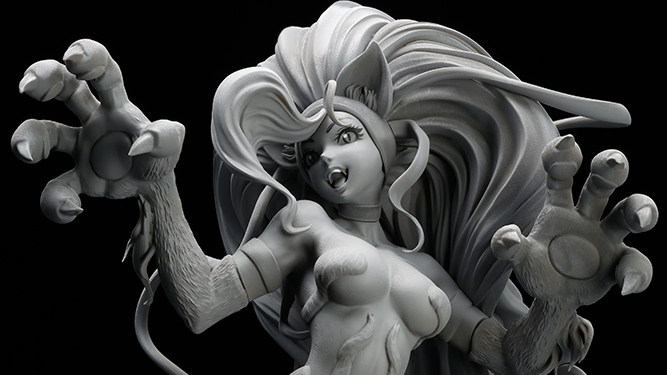 Kotobukiya revealed the first images of the work-in-progress Darkstalkers Bishoujo Felicia statue releasing soon, along with a few comments from the figure’s product planner. Furthermore, the statue is also viewable in a 360-degree view mode which showcases the statue from all angles. The statue will release in May 2022.

In addition to the Felicia statue, the company is currently working on a statue of Morrigan from Darkstalkers. A figure of an unannounced third Darkstalkers character is also in development. Felicia’s statue was originally announced alongside illustrations drawn by Shunya Yamashita, who also designed the Morrigan statue illustration. Combined with the sculpt, fans can get a good idea as to how the completed statue will look once released.

On the special product page, the product planner states that Felicia’s statue was “designed with slightly more defined muscles than Morrigan”. On the other hand, the character’s fur was created with a special mold. As a result, you can see a slight gap between the arms and shoulder parts. Additionally, the producer reveals that the team tried to highlight Felicia’s cheerful personality to avoid portraying her as “just being sexy.” The producer also notes that the most difficult part of sculpting was the hair. The team struggled to manage the statue’s weight and balance.

You can get a better look at the Darkstalkers Bishoujo Felicia statue in the screenshots below. 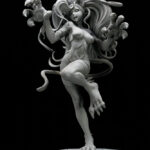 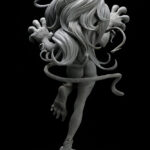 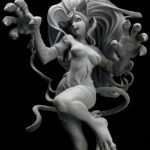 The Darkstalkers Bishoujo Felicia 1/7-scale statue will release sometime in May 2022. A special featured product page for the statue is currently available to view on the Kotobukiya Collection Online event page. There is currently no confirmed pre-order date or price.