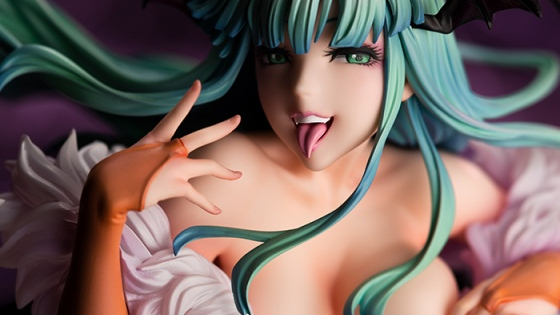 Kotobukiya has announced that the Darkstalkers Morrigan Bishoujo Statue is now available for preorder. The 1/7 scale figure will have a base price of $120. It’s expected to ship sometime between April 2022 to June 2022. Additionally, the official Japanese announcement states that pre-orders will last until November 2, 2021.

The Morrigan statue stands at around 9 inches with its special stand, which resembles the character’s stage in the game. Notable features include dynamic hair that is painted using a blue gradation. Furthermore, her signature bat wings were created using a slightly transparent material and are textured to look leathery and veiny, adding a layer of realism to the statue.

A painted version of the statue was recently revealed during the Kotobukiya Collection Online event, which also showcased a work-in-progress sculpt of Darkstalkers‘ Felicia. Before that, the company also revealed a sculpt of the Morrigan statue, along with a series of videos explaining the statue’s development. There is also a third unannounced Darkstalkers Bishoujo statue currently in the works.

You can get a better look at the Darkstalkers Morrigan Bishoujo Statue in the screenshots below: 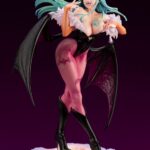 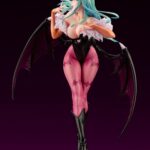 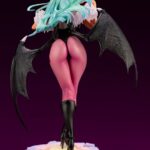 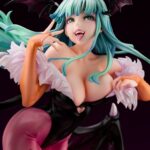 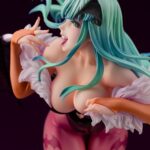 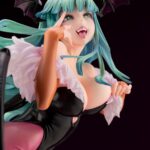 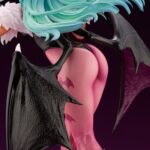 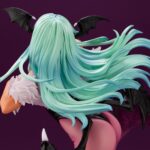 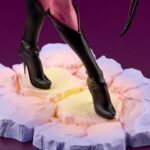 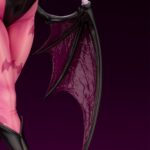 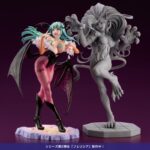 The Darkstalkers Morrigan Bishoujo statue is immediately available for preorder via the Sideshow storefront and will cost $120. The statue is expected to release in Japan in March 2022, and pre-orders before November 2, 2021, are guaranteed a statue. It will ship to North America and Europe sometime between April and June 2022.