Check out the new trailer below:

The collaboration with the Android, iOS, and PC title Alice Gear Aegis started today in Japan. In addition to a new campaign to commemorate the collaboration, the event adds various items, including new SSR swimsuits and other customized goods.

Check out the Alice Gear Aegis gacha outfits below: 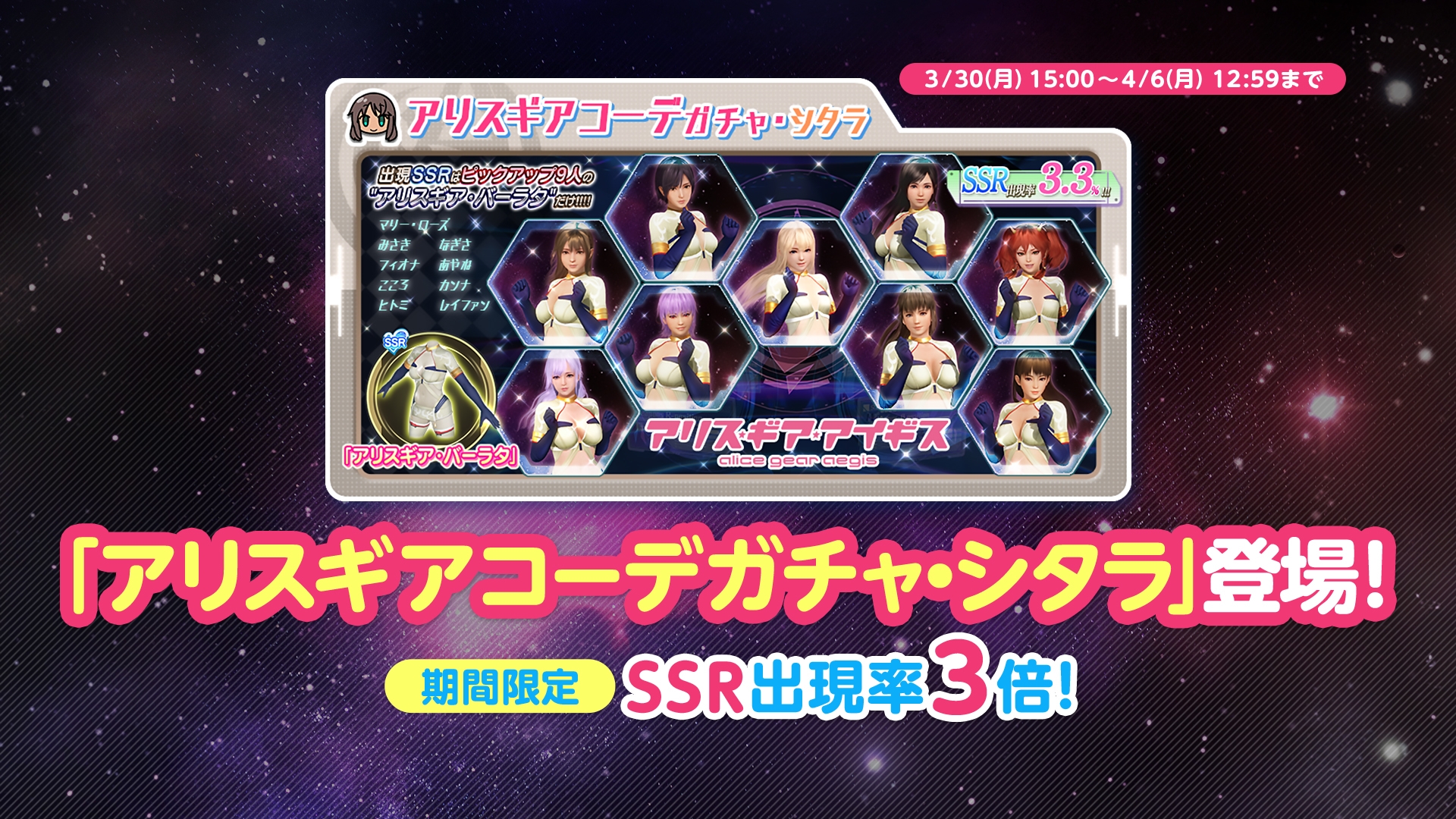 During the campaign, players will get a chance at winning the collaboration outfits through gacha. In addition to the nine Alice Gear Aegis outfits pictured above, there are various new poses to collect. Players will also get a chance to score SSR decoration bromides by playing through the event.

The event includes collaboration weapons to go with the new poses so that players can have some sci-fi fun with the screenshots.

The Dead or Alive Xtreme: Venus Vacation X Alice Gear Aegis collaboration event is now live in the Japanese version. It will end on April 14, 2020.

Dead or Alive Xtreme: Venus Vacation is currently available for PC in Japan and Asia.