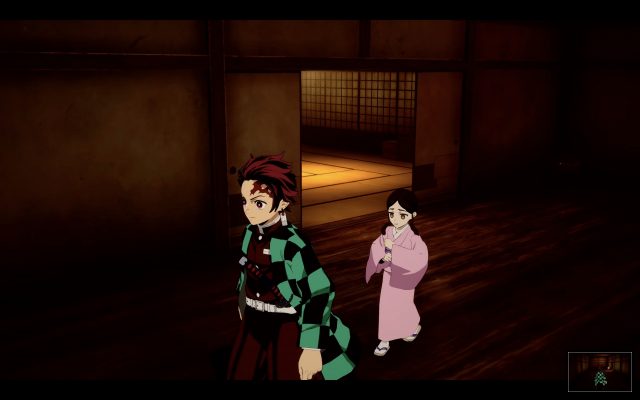 The video begins with Tanjiro protecting a young girl. Something’s clearly wrong in the mansion, and demons are to blame. Tanjiro follows the trail to discover what’s awry. Then, once the demon is found, we see Tanjiro, Zenitsu, and Inosuke fighting a demon.

Here’s the Demon Slayer: The Hinokami Chronicles Tsuzumi Mansion trailer. While it features the English voice acting, the full version of the game will offer dual audio and Japanese as an option as well.

This is the second time Sega’s shown off the Adventure Mode in the game. In a previous trailer, we got to see Tanjiro walking around and exploring Asakusa.

Demon Slayer: Kimetsu no Yaiba The Hinokami Chronicles will come out on the PlayStation 4, PlayStation 5, Xbox One, Xbox Series X, and Windows PC on October 14, 2021 in Japan and on October 15, 2021 in English worldwide. If someone gets the Digital Deluxe Edition, they can play starting on October 13, 2021.